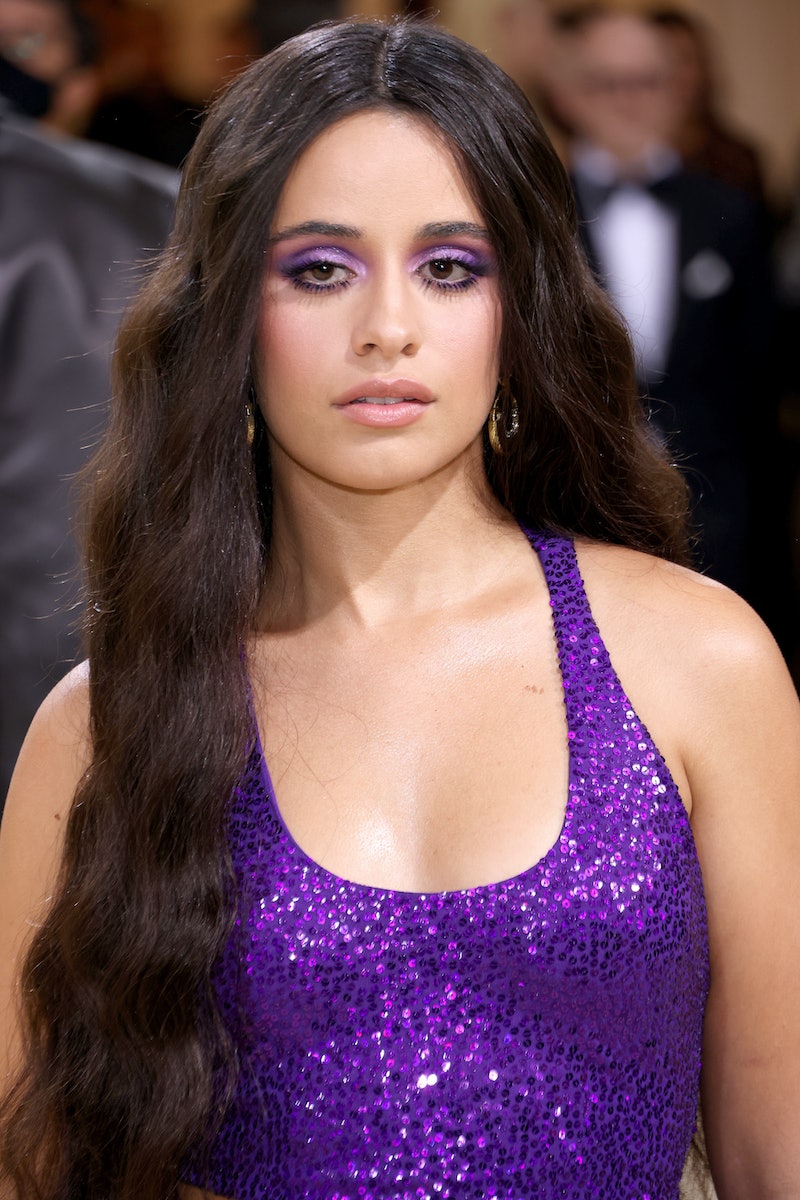 The two-year journey making her new album, Familia, was a “life-changing” learning experience for Camila Cabello. During a Friday, April 8 appearance on NBC’s The Tonight Show Starring Jimmy Fallon, the musician described being at a “really low mental health period,” feeling like she had “a lot to prove” as a singer-songwriter. “I only wanted to go back into the studio and work if it felt like something that helped me on my journey to feeling better and was a source of joy and healing and fun,” she explained to the late-night host.

In fact, Familia began with her and friend Scott Harris “just, like, talking about anxiety, basically” in the bedroom of her Miami home. “I think my own battles with anxiety and mental health stuff, I was young, and I felt a lot of shame in talking about it,” the 25-year-old told Fallon. “I felt like I had to go and just like have it all together and be this kind of like confident, you know, ‘pop star’... and on the inside I was just like, you know, really struggling.”

Deciding to stop “trying to prove anything to anybody,” Cabello made what she calls an honest, vulnerable album, all while just being herself. “Before, I felt like I needed to be healed or perfect to be seen, and I realized that being seen is what kind of is the healing thing,” she added, crediting the album’s title to her support system, which includes collaborators, family, friends, and even her therapist. (Her young cousin Caro, who appears on the album cover, and father, Alejandro Cabello, also perform with her on Familia.)

Prior to her Tonight Show interview, Cabello also told People she was “cripplingly anxious and was in the worst mental health state ever” before beginning work on Familia. As shutdowns began in March 2020, she took a break and then started therapy to try to feel better, the former Fifth Harmony singer, who split from boyfriend Shawn Mendes in November, said. Noting that she feels “amazing now,” the three-time Grammy nominee explained that the process has been paying off: “There’s a sense of trust in myself that I feel like I didn’t have before because I was so anxious all the time. I really feel like I’m living my truth and I’m speaking my truth.”

This isn’t the first time Cabello has opened up about her mental health. In May 2020, for example, she penned a Wall Street Journal essay about coping with anxiety disorder. “My anxiety manifested in the form of obsessive-compulsive disorder,” she wrote at the time. “OCD can take many different forms, and for me, it was obsessive thoughts and compulsive behaviors. To put it simply, it made me feel like my mind was playing a cruel trick on me. It affected me physically, too. I couldn’t sleep for a long time, I had a constant knot in my throat, I had chronic headaches, and my body went through what felt like multiple roller-coaster rides every day. I kept going and kept showing up, never letting people around me know how much I was really struggling.”

Through the help of cognitive behavioral therapy, meditation, breathwork, self-love, self-compassion, and self-awareness, she was able to effectively end the internal battles she’d been fighting. “For a long time, anxiety felt like it was robbing me of my humor, my joy, my creativity and my trust,” Cabello added. “But now anxiety and I are good friends. I listen to her, because I know she’s just trying to keep me safe, but I don’t give her too much attention. And I sure as hell don’t let her make any decisions.”

More like this
Sadie Sink Would Escape Vecna From 'Stranger Things' With This Taylor Swift Song
By Grace Wehniainen
What Is Ariana Grande's Net Worth? When It Comes To Money, She Has No “Problem”
By Hugh McIntyre
Tristan Thompson Plays Drake’s Best Man In A Music Video Wedding With 23 Brides
By Grace Wehniainen
Lily Allen Was “Quite Emosh” After Performing Sober At Glastonbury Festival
By Stephanie Topacio Long
Get Even More From Bustle — Sign Up For The Newsletter