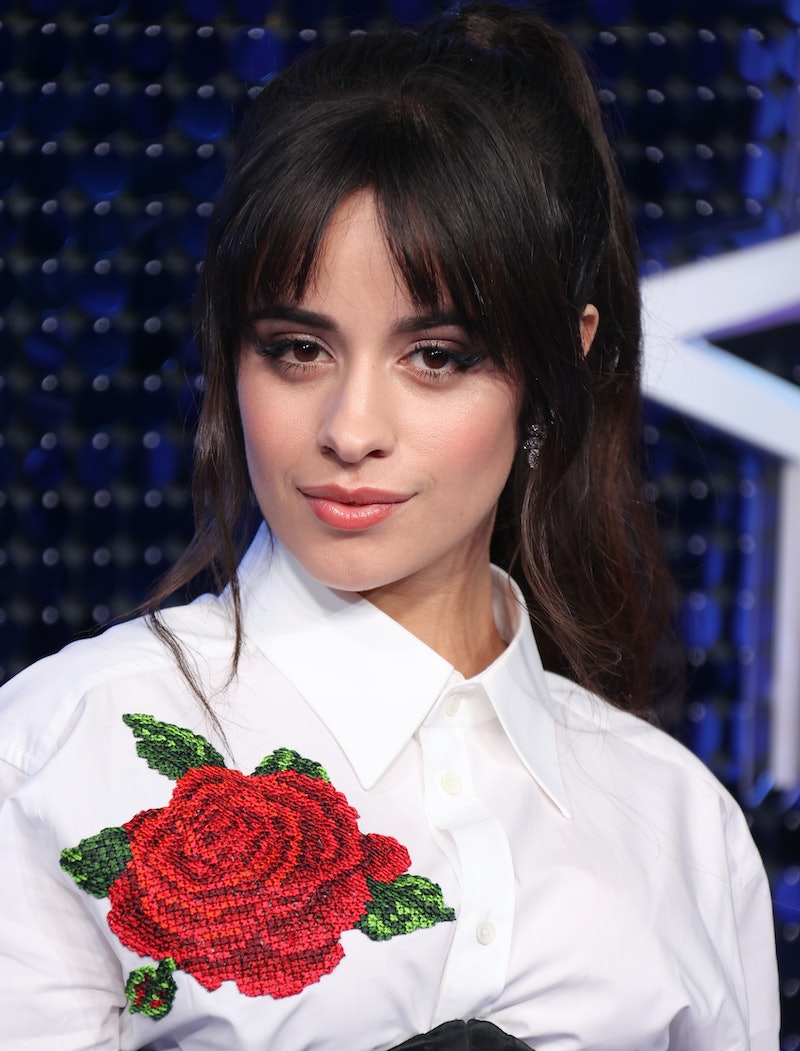 While trying to “keep it healthy” by going for a jog recently, Camila Cabello came to an important and body positive realization realization that she wanted to share with fans. The “Havana” singer imparted her insight in a post-run TikTok on Friday, July 16, captioning it, “I luv my body.”

Explaining she’d been “wearing a top that shows my belly,” Cabello panned downward to show her workout clothing and bare stomach while sitting in her car. “I wasn’t tucking it in, because I was running and existing like a normal person that doesn’t tuck it in all the time,” she said in reference to her midsection. “And I was like, ‘Damn.’ But then I reminded myself being at war with your body is so last season.”

Then, the three-time Grammy nominee took her positive message a step further, adding, “I am grateful for this body that lets me do what I need to do. We are real women with curves and cellulite and stretch marks and fat. And we got to own that, baby.” To wrap up, Cabello even sang the title lyric from En Vogue’s 1992 “Giving Him Something He Can Feel” Aretha Franklin cover, while playfully running her hand up her stomach and chest.

The musician previously opened up about body-shaming — which she experienced during a recent Miami vacation with boyfriend Shawn Mendes — blasting unrealistic beauty standards. “I haven’t gone on social media AT ALL with the conscious intention of avoiding things that hurt my feelings, but for a second I forgot while trying to find a pic to post about it being Havana’s 2 year anniversary and my eyes accidentally ran over a head line of people ‘body shaming me,’ ” she wrote in an August 2019 Instagram story, per People, adding she initially she felt “super insecure just IMAGINING what these pictures must look like.”

Cabello admitted to worrying about cellulite or if she wasn’t sucking in her stomach before deciding, “Of course there are bad pictures, of course there are bad angles, my body’s not made of f*cking rock, or all muscle for that matter.” She also reflected on how filters and other photo-editing software has changed the way some “young girls” view themselves.

“I’m writing this for girls like my little sister who are growing up on social media. They’re constantly seeing photoshopped, edited pictures and thinking that’s reality, and everyone’s eyes get used to seeing airbrushed bodies and airbrushed skin and suddenly they think THAT’s the norm,” Cabello added. “It isn’t. It’s fake. AND FAKE IS BECOMING THE NEW REAL.”

Her conclusion was strikingly similar to her most recent epiphany: “Girls, cellulite is normal. Fat is normal. It’s beautiful and natural. I won’t buy into the bullsh*t today!!!!! Not today satan. and I hope you don’t either.”