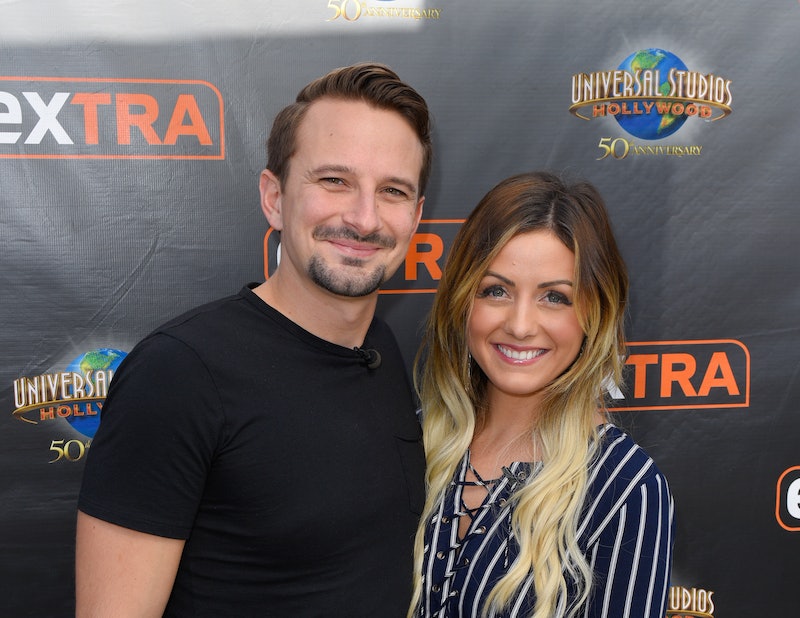 Between Ben's return, Ivan's elimination, and Tayshia and Zac's engagement, fans of the Bachelor franchise have been experiencing a rollercoaster of emotions — but it's not over yet. According to People, fan-favorite Bachelor in Paradise couple Carly Waddell and Evan Bass announced on Wednesday, Dec. 22, that they're separating after three years of marriage.

"We have made the difficult decision to separate," the former couple — who share 1-year-old son Charlie and 4-year-old daughter Bella — said in a joint statement, per the magazine. "We will always cherish our time together and continue to have the utmost respect for one another as we focus on what's best for the future of our family. We greatly appreciate everyone's love and support and kindly ask that you please respect our family’s privacy as we navigate through this."

Evan and Carly met in 2016, while filming Season 3 of Bachelor in Paradise. Though they have since become known as one of Bachelor Nation's most beloved couples, they hit a few bumps along the road to romance. "It was just this thing that was a roller coaster. I broke up with him like five times!" Carly told Glamour in 2016 about their relationship on the show. Despite the ups and downs, they got engaged during the season finale and tied the knot in a beachside ceremony the following year, officiated by Chris Harrison.

Shortly before the wedding, Carly told E! News that she was optimistic about her relationship with Evan and what the future held for them. "I think that relationship wise, we're definitely more in love than we ever were before. I think we fall more for each other every day which is fun," she told the outlet. "It was always good, [but] it's just that as we got to know each other better and better. We fell for each other even harder. We've never had a bad spell. It's always been consistently good."

Evan echoed those sentiments, explaining that he and Carly saw themselves as a "normal" couple who just happened to meet under unusual circumstances. "We talk step-by-step, and we work through," he said. "I think that our communication and our ability to have conversations ... that's been the key to working on our relationship and working towards marriage."

So far, Carly and Evan haven't addressed their split on social media. However, both of them seem very committed to the family they've created together. This past Father's Day, Evan shared a photo of him with Bella, Charlie, and two of his three older sons from a previous marriage. Earlier this month, Carly posted a kissy-faced selfie with her daughter, captioned, "Sending some love yalls way today." And as Carly and Evan navigate this new chapter in their lives, we're sending the same back.

More like this
'The Bachelor's Peter Weber & Kelley Flanagan Are Reportedly Back Together
By Grace Wehniainen
Where Is Former Bachelor Host Chris Harrison Now & What Is His Net Worth?
By Hugh McIntyre
You Can “Fall In Love” At The Resort Where Bachelor In Paradise Season 8 Was Filmed
By Brad Witter
Kira's Post-'Bachelor In Paradise' Activity Has Included Travel, TikTok, & Tea
By Grace Wehniainen
Get Even More From Bustle — Sign Up For The Newsletter