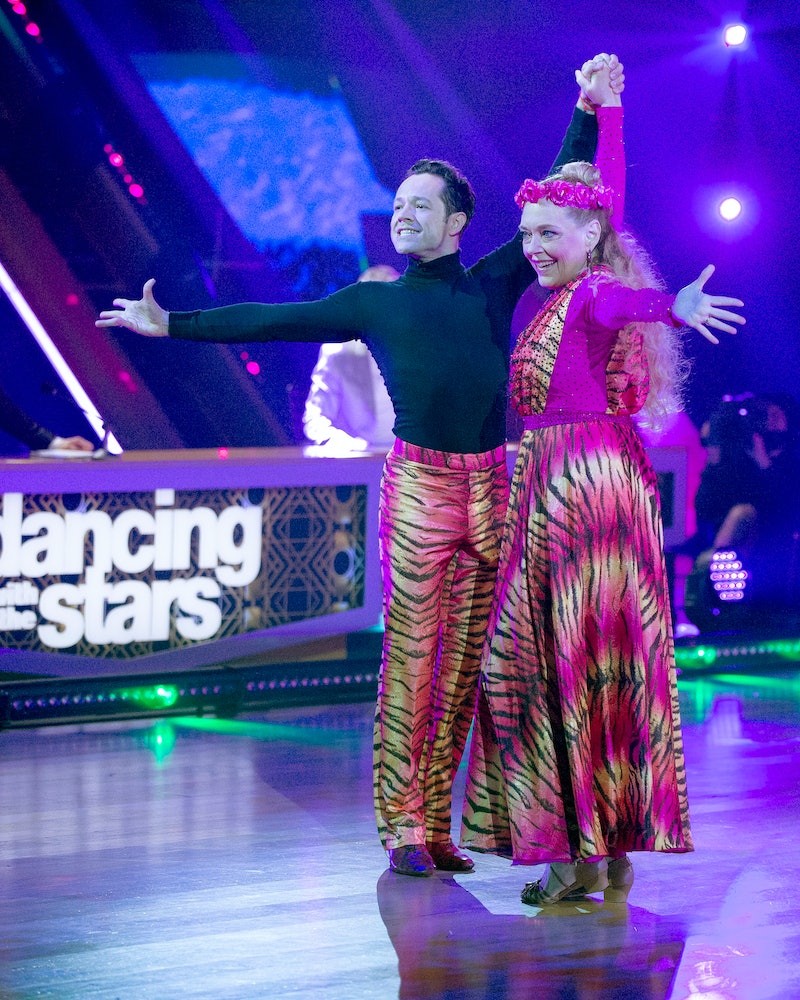 Dancing with the Stars has spared no opportunity to reference the fact that Carole Baskin was on Tiger King. In the first episode, she danced to "Eye of the Tiger" while wearing a neon, tiger-striped dress. During the commercial break, the family of her missing husband, Don Lewis, ran an ad asking for information about his disappearance. The only thing that would make it more blatant is if she rode out onto the stage on an actual tiger.

DWTS Week 2 doubled down on the Tiger King references, including an emotional intro package in which Baskin reflected on how all the media attention from the Netflix docuseries has negatively impacted her life. For her performance, she once again played up the cat theme, dancing to What's New Pussycat?" in a golden leopard outfit while in a room filled with giant paintings of cats.

After a rocky start in Week 1, Baskin narrowly avoided elimination on Tuesday night, with judge Derek Hough casting the deciding vote to keep her for one more week. The next episode is Disney-themed, so please brace yourself to watch Baskin paso doble to one of your favorite Lion King tracks.