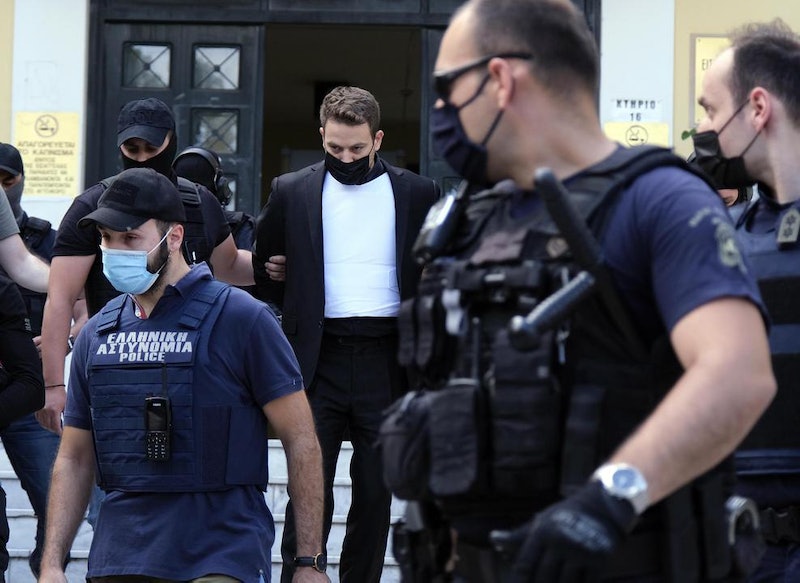 Caroline Crouch’s murder at the hands of her husband, Babis Anagnostopoulos, made headlines across the globe. Now, the sensational case is being revisited in Channel 5’s latest true-crime documentary, Caroline: The Murder That Fooled The World. In May 2021, Crouch was found dead on her bed next to her 11-month old daughter, who was alive, at their family home in Athens. Found bound and gagged at the scene of the crime, Anagnostopoulos claimed his wife had been murdered by home invaders. Police soon started to suspect Anagnostopoulos wasn’t telling the truth, as his timeline of events wasn’t adding up.

Hours after a memorial service was held for Crouch in June, Anagnostopoulos was taken in by police for more questioning. At the time, the investigating officers told media there was “new evidence requiring explanation,” per the Greek Reporter. When asked by reporters what was happening, Anagnostopoulos said that the police had found “the ringleader of the murder” and that they needed him to identify them. But as it would turn out, Anagnostopoulos eventually confessed to his wife’s murder.

The key piece of evidence? Crouch’s smart watch. Biometric data from the fitness accessory, on Crouch’s wrist at the time of her death, showed that the Brit woman had stopped breathing hours before her husband had said she’d been killed. Police were then able to determine through a tracking app on Anagnostopoulos’ phone that he was actually walking around the house at the time of the supposed robbery, when he was believed to be bound and gagged.

The investigation also found that Anagnostopoulos disabled the security cameras and removed the memory cards four or five hours before he told police the burglars had left the home. Additionally, there was no indication that a break-in occurred at their home. Officers discovered no fingerprints or DNA samples at the scene, as well as no camera footage or cell phone records.