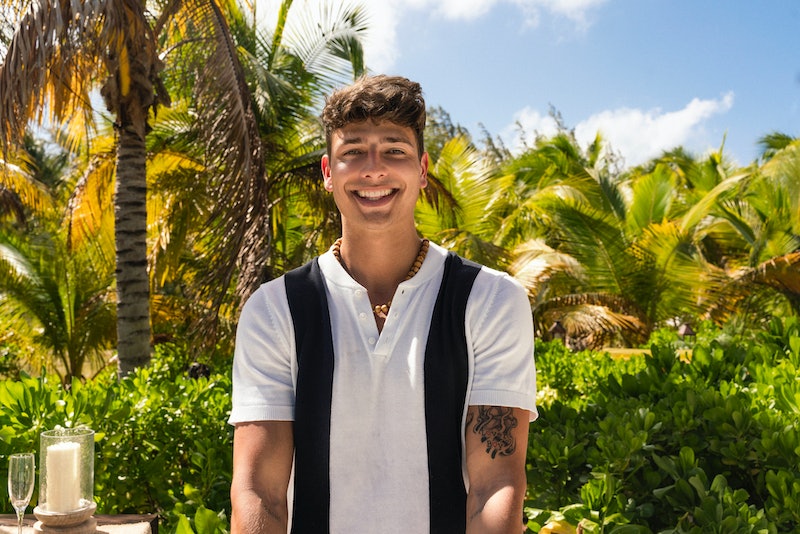 HBO Max’s new dating show FBoy Island invites three women to the Cayman Islands to be put to the test. Of their 24 suitors, half are self-described nice guys looking for a genuine relationship, while the other half are admitted “Fboys” only interested in their shot at the show’s $100,000 prize. The catch? The women don’t know who’s who, and will have to determine who to trust for themselves while trying not to fall for someone there for the wrong reasons.

Among the daters is Casey Johnson, who appears to hit it off with lead CJ Franco in the show’s trailer. Here’s everything to know about the 24-year-old Midwesterner, who seems like he’ll be one to watch.

Casey Is From Ohio

Hailing from Toledo, Ohio, Casey attended the University of Toledo, where he played pitcher for his collegiate baseball team. According to his Fboy Island bio, he’s stayed in the area since graduating and currently works as a recruiter. “You can never be too sure if this IT Engineer Recruiter is looking to sign a long-term contract, or if he’s just scouting for local talent’ in the Cayman Islands,” his bio teases.

Once you move past the photos of him posing in the woods and on the street, Casey’s Instagram is full of shots of him with family and friends. There are pictures of Casey at parties and baseball games, as well as with his mom and younger relatives. Beyond that, Casey has shared a James Dean-inspired photoshoot and a shirtless book recommendation for Megan Campsi’s Sin Eater, a historical fiction novel that’s curiously about women who’ve been shunned from society.

Most recently, Casey posted the trailer for FBoy Island, which teases him forming a connection with CJ. In one shot, CJ tells Casey he’s “really nice, like really nice” while they’re out on the water alone together. Another sequence shows the duo canoodling on a couch as Casey slowly feeds CJ grapes, and later on they share a kiss. Unfortunately for CJ...

Despite Casey’s potential connection with CJ, his Fboy Island bio indicates some questionable behavior. When describing what dating him is like, Casey compared himself to a game of “Russian roulette,” which doesn’t suggest the most stable partner. He also notes that his go-to pickup line is, “Hey, you’re hot. Want a drink?” which may work well enough, but he’ll probably have to put in some more effort to build something long-lasting. That being said, Casey’s bio also quotes him as saying “There’s no point in playing games,” so maybe he’s at least a reformed Fboy? Tune in to find out when Fboy Island premieres on July 29.