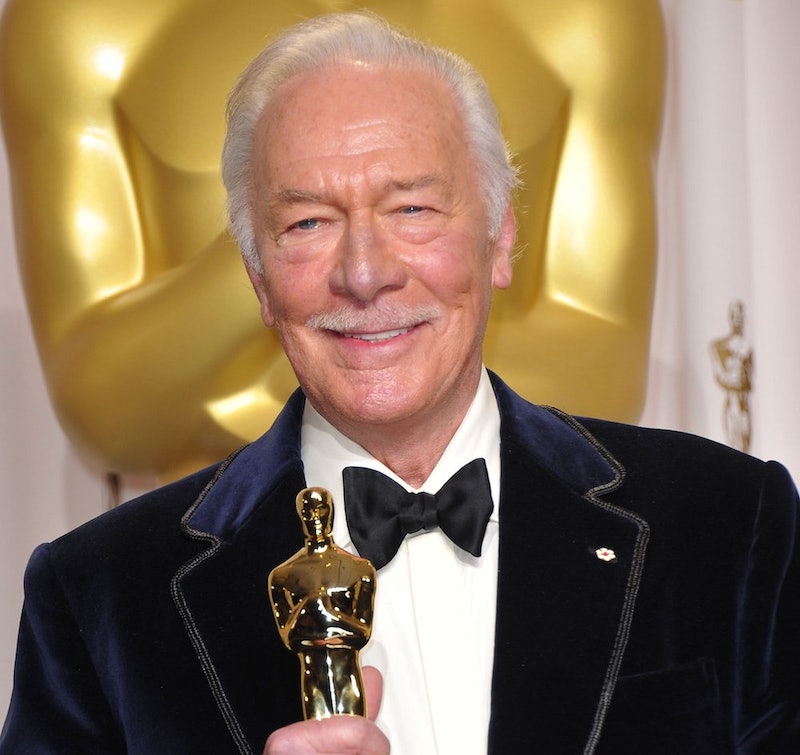 Prolific stage and screen actor Christopher Plummer, revered for his roles in 1965’s The Sound of Music and 2017’s All the Money in the World, has died on Feb. 5 at the age of 91, his family and friends have confirmed. Plummer’s longtime manager and friend Lou Pitt shared that Plummer died peacefully at his Connecticut home alongside his wife of over 50 years, Elaine Taylor. Following news of the passing, celebrities and fans have taken to social media to mourn the loss of the Hollywood legend.

“Chris was an extraordinary man who deeply loved and respected his profession with great old fashion manners, self deprecating humor and the music of words,” Pitt said in a statement. “He was a National Treasure who deeply relished his Canadian roots. Through his art and humanity, he touched all of our hearts and his legendary life will endure for all generations to come. He will forever be with us.”

That “National Treasure” sentiment has been echoed by many in the wake of the news. George Takei, Chris Evans, Daniel Dae Kim, and Yvette Nicole Brown are a few of the celebrities that paid tribute to the star on Twitter on Friday. Evans, Plummer's Knives Out co-star, called the passing "truly heartbreaking" and "an unbelievable loss."

With a long and illustrious career under his belt, Plummer is most prominently known for his role as Captain Georg von Trapp in the beloved musical drama The Sound of Music. Plummer’s dreamboat status in the Julie Andrews-led film has transcended generations, cementing his heartthrob status well into his 90s. On Twitter, fans mourned the loss of the silver fox and remembered his iconic Captain Von Trapp role.

More notably, the late actor has acquired a cult following on TikTok among millennial and Gen Z audiences thirsting over his portrayal of the widowed naval captain. Fans took to the social media platform to mourn Plummer's death.

Prior to Plummer's death, too, the TikTok hashtags #captainvonthirsttrapp and #captainvontrapp have garnered quite the following on the platform, with many fawning over the "anti Nazi king."

With an expansive film and stage résumé and a massive TikTok fanbase, it's clear that Plummer's legacy will continue to live on.

More like this
Jennifer Coolidge Recites “Jenny From The Block” Beside J.Lo In Her First TikTok
By Jake Viswanath
Jennifer Coolidge Hunted For Jewels & Lashes In J.Lo’s Hotel Room
By Jake Viswanath
Paul Mescal’s Family Celebrated His Oscar Nomination In The Sweetest Way
By El Hunt
Twitter Is Identifying With Sally Field & Jane Fonda’s Friendship In New Viral Video
By Jake Viswanath
Get Even More From Bustle — Sign Up For The Newsletter
From hair trends to relationship advice, our daily newsletter has everything you need to sound like a person who’s on TikTok, even if you aren’t.