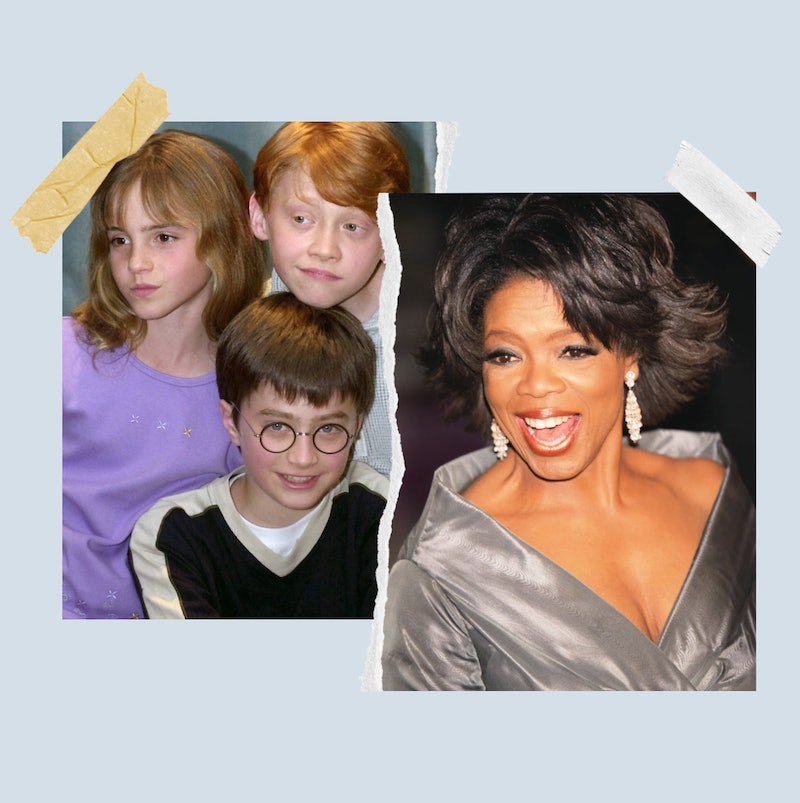 We’re used to seeing celebrities all the time — on your phone via the latest celebrity news on Twitter, on your television, or even on the big screen at the movie theater. They’re a constant presence in all of our lives, but how often do you see them out and about in real life? Celebrity encounters can truly be a mixed bag of experiences. When you spot a celeb outside in their day-to-day life, it can be difficult to tell if you should say hi or just let them go about their day.

Sometimes, a great moment to introduce yourself can come at the worst time for the celebrity, causing a bad experience for everyone involved. Other times you might accidentally embarrass yourself in the process because of nerves. But every once in a while, a little bit of serendipity creates the perfect celebrity encounter moment that you’ll treasure for the rest of your life.

Below are 12 unforgettable celebrity encounters as told by Reddit users who met Hollywood’s most popular stars. From Ryan Gosling paying for someone’s parking for the entire day to another person’s dog introducing them to Kate Hudson, these stories are hilarious and exciting.

“The funniest celebrity story I ever heard was about Jim Carrey. I had a friend who worked behind the scenes at Universal Studios Hollywood and loved to share this story whenever he had the chance.

“One day while filming How the Grinch Stole Christmas, Jim Carrey was apparently bored out of his mind and wanted to cause a little mischief. While the tram tour guide was showing the infamous Psycho House to a group of park visitors, Jim Carrey decided to dress up as a psycho killer with a fake knife he was able to retrieve from a costume director. Just as the tour guide started to drive the tram away from the house, Jim Carrey jumped out from behind the Psycho House and started running after the tram at full speed while slashing in the air and screaming at the top of his lungs.

“Apparently, Jim Carrey’s acting ability was pretty spot on, as he was able to scare the crap out of a few of the guests. After a few minutes, he removed the mask and shared a laugh with everyone on board the tram. He even signed autographs and took pictures with everyone that was involved in his own form of self-entertainment.” —Sidow

“This happened yesterday! My wife took my son to the zoo and he wanted to read every little plaque in the reptile area. My wife was distracted for a moment, so he asked the nearest stranger to read the plaque for him. My wife turned around to see Scarlett Johansson happily reading the info to him.” —mojomann128

“I was 10 years old in 2002 when my mom took me to the Bronx Zoo for the first time. It was a rainy day, so we practically had the whole place to ourselves except for three British kids running around, chaperoned by a woman. My mom quickly befriended the woman while I made like a kid and joined the hoard, looking at spiders and scorpions and sharing in the awe and excitement of the animals.

“After about an hour when we said our goodbyes, my mother told me that the kid, Daniel, who I had been hanging out with had played Harry Potter in the movie that came out last year. I had thought he looked familiar.” —Syntactic_Acrobatics

“I worked at a movie theater in Albuquerque at the time they were filming the first Avengers film. Captain America was about to come out; I remember because we had the huge standee of him in the lobby. I was reading in the box office when three people came up. Guy asked for three tickets to Bridesmaids. It was dark out and he had a green baseball cap and sunglasses. He paid with a credit card: Christopher Evans. I stared at the card after I swiped it. Handed it back. ‘I need you to sign the receipt.’ He did, and then he walked in.” — sarahm0ses

“I’ll provide the short version. My good pal of a dog, Huxley, and I were hiking in an off-leash area and he ran up to try to greet/slobber on the ladies ahead of us. Turns out he was trying to slobber all over Kate Hudson and her friend. She was wearing a massive hat and oversized sunglasses so she definitely wanted privacy. I didn’t let on that I knew who she was. We dog mom talked for a bit and then parted ways as Hux wanted to prance ahead. She was incredibly nice. I’ve met other members of her family on other occasions and they were all equally as kind.” — huxysmom

“I used to be a server at a Mexican restaurant right outside LA in the late ’90s. One day Leonardo DiCaprio came in with who I assume was his mom to have lunch. This would’ve been post-Titanic so really at the peak of his breakthrough mega-celeb status. He was wearing a ball cap, sunglasses, and unshaven but I recognized him anyway. I didn’t let anyone know and I wrote something like, your movies are awesome, I hope you liked our food on his receipt when I dropped it off at the table.

“After he left, I swung by and picked up his payment and he had left me a note back that said thank you so much for not blowing my cover with a $100 tip. Shit was awesome I was only like 19; I went and got some Playstation games with it after my shift ended.” —Z0MBGiEF

“This doesn’t count because it’s about my father-in-law, and he legitimately didn’t know who she was, but we were vacationing in Maine and spending a lot of time on the beach. My father-in-law would walk his dog early everyone morning. He met this lady and they would meet up and walk their dogs together then go their separate ways.

“One morning I got up early to come with him, and to my surprise, we met up with Sigourney Weaver and went for a walk.” —Londonforce

“My dad and I bumped into Michael Jordan at a Walgreen’s near Chicago. This was back in 2006 or so. We were picking out birthday cards for my mom, and MJ and his son came in the same aisle browsing some cards. My dad kept his cool and continued to look through different cards, giving him his personal space. I, on the other hand, was nine years old and in awe, sort of staring at him. After MJ picked out his card, he winked at me and gave me a walk-by fist bump. Didn’t really set in until I was older how cool that was.” — Jim__and__Tonic

“Alec Baldwin attempted to rescue me and my friends about 15 years ago. I grew up near Wilmington, NC, and my friends and I were out fishing in a small boat. Our lines get tangled up in the motor, we can’t steer the boat, and it ends up washed up on the beach on an island. Waves are constantly crashing over it, filling it with water way faster than we can bail. We send one friend to the intracoastal waterway side of the island to get help. He comes back with some random guy, and Alec Baldwin.

“Alec stayed there and helped us for a good 15 minutes, when he easily could have just left these four dumb kids who weren’t in any real danger. Super nice guy. Eventually even with their help we couldn’t free the boat, so they took my friend onto their boat (with Kim Basinger and her friend) to their house, where my friend called for help. Eventually some Coast Guard guys came with a bilge pump to free us. Thanks, Alec!” — LincolnMoneyshot

“I had just walked into the Whole Foods in Austin when I heard a commotion near the entrance behind me. I turned around and saw a tall, blond, shirtless man. He was jacked and handsome. Also, he was being asked to leave because he wasn’t wearing any shoes and it was store policy. I knew who it was underneath that scraggly beard: Matthew McConaughey. The patron saint of Texas. I went out to my truck and picked up a pair of sandals I had left there from a trip to the beach. That was the day I solved his munchies crisis. And lost my favorite pair of sandals.” —---shaboom---

“Oprah called me after my grandma died. She was born and raised in Chicago, was a therapist, activist and school counselor in South Side, Chicago for decades before moving up to Michigan, where our family is now. Apparently they knew each other through my grandma’s work back in the day. Oprah just basically offered her condolences, and told me that my grandma helped a lot of people and that I should be proud of her. Still, to this day, do not know how she knew who I was or how she got my number.” —ArrestedEndangerment

“We were looking for a parking spot on Hollywood Boulevard and parked in [a] $10 lot behind a store. A friend and I were pissed that we had to pay $10 for parking and would have to walk for about 10 minutes to get to the boulevard. As we get out of our cars complaining, Ryan Gosling walks past us and we go speechless. He chuckled and said to us, ‘Hey guys, what’s up?’ I was starstruck and Aaron (my friend) just says: ‘Nada, paying for parking is a bitch in California.’ Ryan asks where we’re from and we tell him we’re from Texas. He said that was cool then paid for our parking for the whole day.” — MaynardJayTwa

More like this
All The Celebrity Relatives Revealed On 'Claim To Fame' So Far
By Brad Witter
What Is Megan Thee Stallion’s Net Worth? The Traumazine Hitmaker Isn’t Worried About A Budget
By Hugh McIntyre
Megan The Stallion’s “Anxiety” Song Shouts Out Britney Spears & Whitney Houston
By Grace Wehniainen
Revisit 1992’s 'A League Of Their Own Cast' Photos After The New TV Series
By Grace Wehniainen
Get Even More From Bustle — Sign Up For The Newsletter