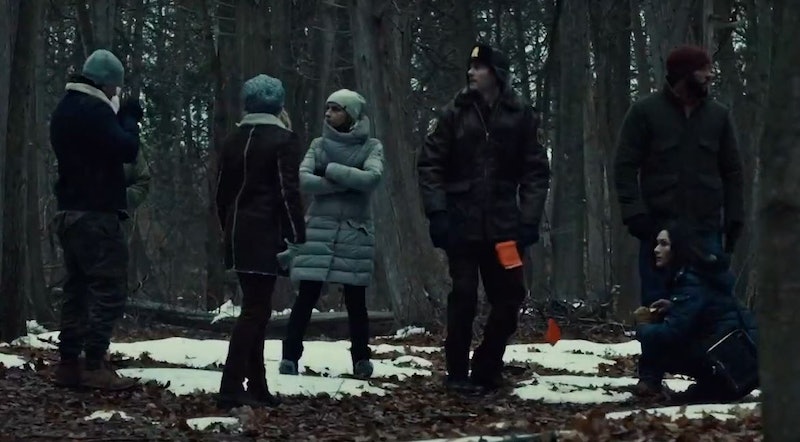 American Gods has proven to be a favorite amongst fans and with Season 3 fast approaching, Shadow Moon (Ricky Whittle) finds himself headed to the small and eerie town of Lakeside, Wisconsin. There, he's set to meet the local sheriff, Chad Mulligan (Eric Johnson), who, in the American Gods book, has something of a complex relationship to Lakeside that only becomes more complicated when Shadow rolls into town.

To recap, American Gods' second season saw many of the characters trying to get out of dodge — i.e., Cairo, Illinois — after police began to move in on Mr. Ibis' funeral parlor following a frame job from Mr. World (Crispin Glover) and a reborn Media (Kahyun Kim) and Technical Boy (Bruce Langley). As they each escape to different parts of the country to lay low, Shadow finds himself almost apprehended by police, but ultimately let go, as he finds his driver's license has changed to a completely new identity; that of Michael Ainsel of Lakeside, Wisconsin.

The town of Lakeside should be familiar to readers of Neil Gaiman's American Gods novel, the book upon which American Gods is based on. It's there that Shadow finds a place to lay low while he waits for the false accusations levied against him and the Old God crew by the New Gods to blow over. On his way into Lakeside, he meets Sheriff Chad Mulligan, who is described in the casting announcement as an authority in Lakeside who "spends his days mediating disputes between townsfolk he’s known his whole life. This trademark low-key diplomacy works well for Chad until a local teenage girl goes missing, igniting a panic of paranoia and blame that threatens to tear Chad’s beloved town apart."

Chad becomes something of a contact for Shadow as he spends time in Lakeside, and without getting too deeply into spoilers about the other townsfolk in Lakeside (looking at you, Hinzelmann), Chad also becomes instrumental in solving a mystery that has vast implications for the town of Lakeside.

STARZ's American Gods is a departure from Gaiman's novel in many ways, which has proven polarizing to both fans and cast and crew, so it will be fascinating to see how much of this season might remain faithful to the Lakeside section of the novel. If it's even somewhat the same, then viewers should prepare themselves for a pretty wicked ride.

More like this
What’s New On Netflix: Ana De Armas’ 'Blonde' & A Nick Kroll Special
By Arya Roshanian
The 'Reasonable Doubt' Cast Includes A 'Save The Last Dance' Reunion
By Grace Wehniainen
Nicola Coughlan Shared A Lady Whistledown Excerpt From ‘Bridgerton’ Season 3
By Grace Wehniainen, Alyssa Lapid and Sam Ramsden
This House of the Dragon Character Will Create Another Scandal For Rhaenyra
By Kadin Burnett
Get Even More From Bustle — Sign Up For The Newsletter