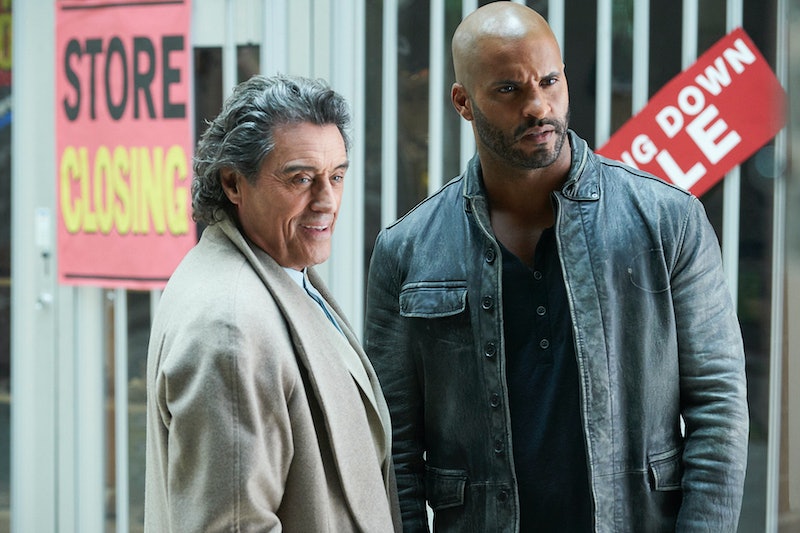 The conclusion of American Gods brings viewers one step closer to the war between the New Gods and the Old, but there's still a long way to go before the show reaches the conclusion of Shadow Moon's story. Starz has announced that American Gods will return for Season 3, meaning that all the Gods that have managed to survive thus far will get future opprotunities to either die or prevail. While there's not yet been an announcement on when American Gods fans can expect the return of this mythology-soaked road trip, those close to the show promise that the wait for Season 3 won't be nearly as long as fans waited for Season 2.

American Gods went through some major shake-ups between Seasons 1 and 2, including the departure of some key cast members as well as the showrunners that developed the show for television. While some people may have suspected the behind-the-scenes shake-ups to have been the cause of the nearly two-year wait for new episodes of American Gods, author of the book and executive producer of the show Neil Gaiman told Entertainment Weekly, "The problem that we had with Season 2 was not all of the personal weirdness... The big problem was, Starz delayed [the renewal] until they found out how people liked American Gods before they committed to a second series."

Gaiman explains that because the series received a Season 3 order before Season 2 even concluded, the show's writing team has a head start of sorts. The show may be a little different upon its return, however, as the change-over from Season 2 to Season 3 will see yet another changing of creative forces behind the scenes as Season 2 showrunner Jesse Alexander departs and will be replaced by Charles “Chic” Eglee.

While the show has been handed over to different creative leads multiple times, the show is still sticking the the framework of the novel when it comes to the larger plot elements of the series. While certain characters like Bilquis and The Ifrit around more present in the show than in the novel, fans of the book know that Season 3 will almost certainly see Shadow leaving Cairo and heading for arguably the most notable location in the book — Lakeside.

The American Gods novel is split into four parts, and almost the entirety of Part Two finds Shadow in the midwestern town of Lakeside as Mr. Wednesday is out recruiting more Old Gods for his war. The portion of the book that takes place in Lakeside shows Shadow reuniting with Samantha Black Crow, introduced to the show in Season 2, as well as Season 1 character Audrey Burton. While many of the Gods that Mr. Wednesday recruits in this portion of the book have already been seen in the show, there's still some growing that Shadow has to do in that town before he's truly ready to fight for the Old Gods. The show has strayed from the source material in a few ways, but Season 3 will find the show right back on track with the novel with it returns.