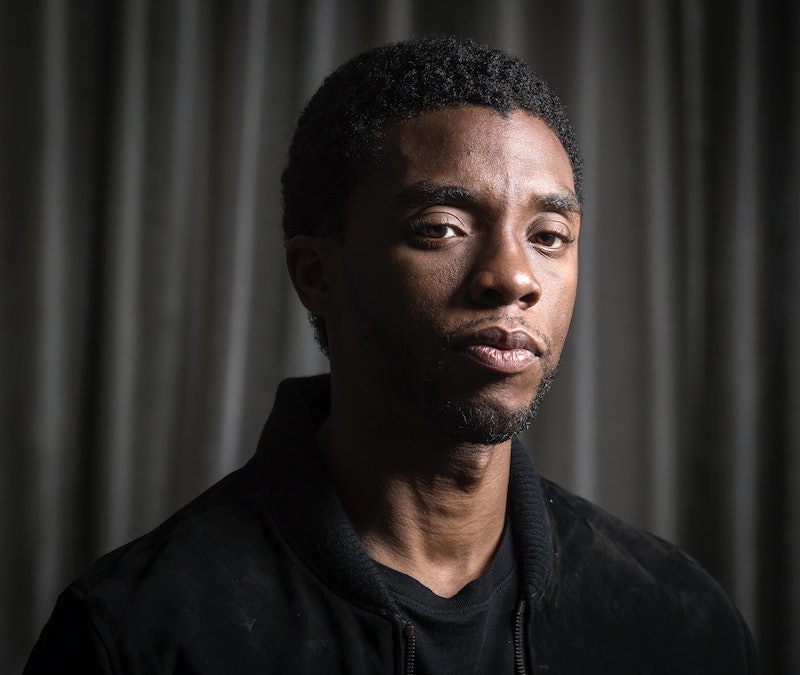 The first anniversary of Chadwick Boseman’s death showed that he is gone but not forgotten. Beautiful tributes to the late actor were abundant on Saturday, Aug. 28 as fans and celebrities alike celebrated his life and work, which were cut short when he died in 2020 after privately fighting colon cancer for years. Many of the most touching homages to Boseman came from those who became close to him through work, including his co-stars Lupita Nyong’o, Viola Davis, and Robert Downey Jr.

Nyong’o remembered her friendship with her Black Panther co-star, posting both a photo of the two laughing together and a beautiful message. “I did not know that I could miss both his laughter and his silence in equal measure,” she wrote. “I do. I do... One year after his passing, the memory of @chadwickboseman remains this alive in me.”

Viola Davis, Boseman’s Ma Rainey’s Black Bottom co-star, let Nyong’o know that she shares in her grief, commenting, “My heart” with two broken heart emojis. Separately, the Oscar winner posted her own tribute, sharing a behind-the-scenes photo of her working with Boseman. “This day last year you left this earth and us. Man you are missed!!!” she wrote.

Jane Lynch also responded to Nyongo’s message, tweeting about his extraordinary rise and untimely death. The multi-Emmy winner wrote that it “boggles the mind” how he appeared “seemingly out of nowhere,” and then was gone so soon. She highlighted how he “[burst] on the scene with light and power and youth and strength and love and LIFE.”

Kerry Washington, Mark Ruffalo, and Josh Gad all let it be known that they were thinking of Boseman on the one-year anniversary of his death as well. Washington tweeted, “One year without Chadwick Boseman. Thank you for watching over us. We miss you King.” Meanwhile, Ruffalo, one of Boseman’s fellow MCU stars, wrote that he “can’t believe how fast time has gone.” Writing directly to his late co-star, he added, “Thinking of you today, @chadwickboseman.” Gad, for his part, described his Marshall colleague as “an angel on this planet” and noted that “not a day goes by one year later, where it doesn’t still hurt.”

Kevin Hart also remembered Boseman. The comedian posted a photo with him at a basketball game, captioning the Instagram post, “Legends never die….rest in paradise KING!!!!!”

Meanwhile, the Marvel Studios Twitter account marked the sad anniversary as well. “Honoring our friend, inspiration and our King, Chadwick Boseman,” it tweeted.

While social media worked well for many people, Boseman’s Black Panther director, Ryan Coogler, penned a lengthier statement. He described how seeing the actor in action helped convince him to direct the film and what a “special person” he proved to be once they finally met. Writing that he hasn’t “grieved a loss this acute before,” Coogler explained that it leaves him “broken knowing that [he] won’t be able to watch another close-up of [Boseman] in the monitor again or walk up to him and ask for another take.” What’s worse, though, he added, is knowing “that we can’t have another conversation, or Facetime, or text message exchange.”

In all this, the actor’s family, of course, is grieving as well. Boseman’s wife, Simone Ledward Boseman, recently sang in his honor for a Stand Up to Cancer telecast, becoming emotional during her rendition of “I’ll Be Seeing You.” The many tributes to the actor show how beloved he was — and how lasting him impact is.