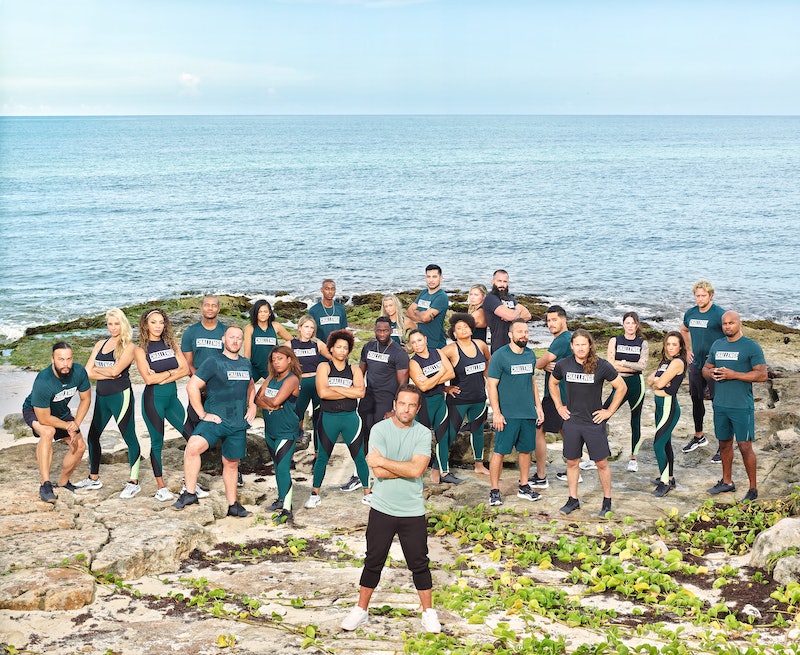 The first season of The Challenge: All Stars proved to be a hit among fans of the reality competition franchise. The Paramount+ show placed Real World and Road Rules stars in the Andes Mountains to compete for $500,000, with Road Rules veteran and Challenge 2000 winner Yes Duffy ultimately emerging as the inaugural All Stars winner in June. With Season 1 at a close, here’s what’s in store for Season 2.

The Challenge: All Stars Season 2 Cast

When it comes to the cast, the 10-episode season, which Paramount+ confirmed in October, will feature returning cast members from the first All Stars season as well as some fan favorites who have been absent from other recent Challenge-related shows. In addition, well-established Challenge host TJ Lavin is also making his return to the series along with Challenge legend Mark Long has an executive producer. (Long competed on The Challenge: All Stars’ debut season.)

Ahead of the official cast confirmation, fans speculated about which Challenge celebrities would make the All Stars cut this time around. Some of those rumored to appear, such as Brad Fiorenza (The Real World: San Diego), Jasmine Reynaud (The Real World: Cancun), and Teck Holmes (The Real World: Hawaii and All Stars Season 1), have officially signed on to compete on Season 2.

Real World and Road Rules OG stars who are set to join the cast include Tina Barta and Sophia Pasquis. Tina’s last Challenge appearance before All Stars 2 was on Real World/Road Rules: The Duel (2006-2007). You know, the season when she famously punched Beth Stolarczyk. Meanwhile, Sophia is less controversial and known for competing on Road Rules: The Quest (2001) and making it to the finals on Battle of the Sexes 2 (2004).

Here’s a rundown of all 24 cast members for The Challenge: All Stars Season 2 and their track records:

The trailer for the second installment of The Challenge: All Stars dropped on Oct. 20. In it, viewers can witness the intensity of the games and a scene featuring the cast in a celebratory moment. “Season 2 will be the best Challenge that they ever had!” yells Nehemiah Clark. There are also confessionals from contestants, like Darrell Taylor, who admits, “Last season was the first time I have ever lost a final. I am back for redemption.” And Teck is heard saying, “It’s about to get ugly, y’all” before Tina has a Bad Girls Club moment banging pots and pans together.

Each new episode will air on Paramount+ every Thursday, starting Nov. 11.

In May, Bunim/Murray President Julie Pizzi stated on Us Weekly’s Watch With Us: Challenge Edition podcast that they still have “a lot of cast members that we haven’t tapped into that want to do the show.” That’s more than 100 former Real World and Road Rules cast members, to be exact, so the future of the show looks bright.

“My guess is that we’ll continue that [casting for All Stars] for a little while,” Pizzi added. “Then we might open it up as we go with success... People have reached out to us. It is, like, a wealth of great personalities that are willing to do it because they thought it looked like a lot of fun.”

Only time will tell what lies ahead for a new season of The Challenge: All Stars. But one thing is certain: future All Stars competitors will be chosen for reasons beyond their athletic abilities. Pizzi confirmed, “The show is more than just a competition series. It is also a drama series; it’s a docuseries.”

More like this
'Friends' Star Maggie Wheeler Offers Support To Matthew Perry After Reading His Memoir
By Alyssa Lapid
'RHOSLC' Star Jen Shah Refuses To Do A Post-Sentencing Interview With Andy Cohen
By Brad Witter and Jake Viswanath
RHOP’s Robyn Dixon Explained Why Juan Paid For Another Woman's Hotel Room
By Brad Witter
Andy Cohen Apologized To Larsa Pippen After A 'RHOM' Season 5 Reunion Dust-Up
By Brad Witter
Get Even More From Bustle — Sign Up For The Newsletter
From hair trends to relationship advice, our daily newsletter has everything you need to sound like a person who’s on TikTok, even if you aren’t.