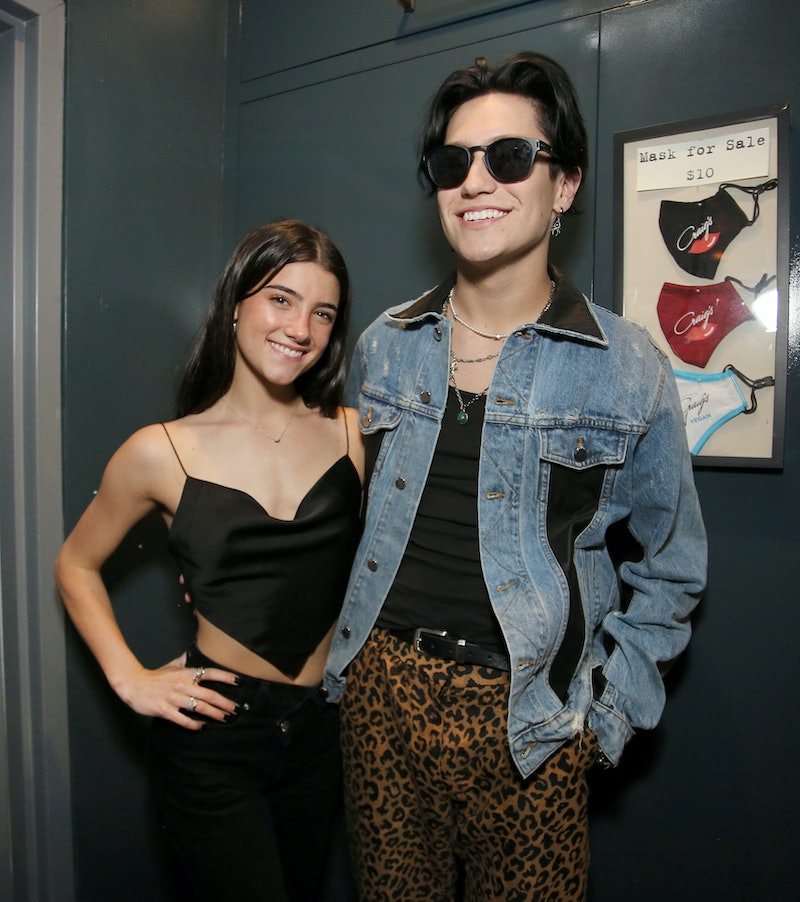 If Charli D’Amelio could go back, she would handle her split with Chase Hudson (aka Lil Huddy) a lot differently. One month after Sway House members Josh Richards and Bryce Hall claimed that Hudson cheated on D’Amelio with fellow influencer Nessa Barrett, the TikTok couple announced what seemed to be an amicable breakup in April of last year. However, the truth came out in July 2020 when D’Amelio started throwing subtle shade at her ex on social media.

After noticing D’Amelio’s Instagram captions, Hudson, 19, addressed the drama on Twitter. “All this drama going on is because I kissed Nessa when we were both single,” Hudson wrote in a now-deleted tweet on July 6. The next day, D’Amelio responded. “Then you shouldn’t have come to my house after without telling me,” she wrote. Meanwhile, several other popular TikTok stars began to weigh in, adding fuel to what ultimately became one of the biggest social media scandals ever.

In hindsight, Charli tells Bustle that she shouldn’t have aired their personal business on social media. “Honestly, I feel like that whole public breakup has kind of changed my outlook on having boundaries with the internet,” she says. “I’m keeping some things to myself.” And even though the dancer would’ve handled the situation differently, she knows that learning “not to fight with people online or say shady tweets” proves that she’s grown from the experience.

Still, Charli thinks that the way their split went down was humiliating. “It’s embarrassing,” she admits. “I think a lot of people learned from that because it was such a huge situation in the social media world and we all know that things can be handled privately. Lots of things are handled behind closed doors.” And now that over a year has passed and the two rarely appear in each other’s TikToks, it’s clear that their post-split friendship is among the things they mainly handled in private.

The D’Amelio Show, which debuted on Sept. 3, gives fans a window into Charli and Chase’s rekindled friendship, but it also hints that the love they once shared may not be dead after all. “I feel like at the end of the day it was a chapter in my life that I never really got closure from,” she tells Dixie and their friends halfway through the new Hulu series. She also referred to Hudson as her closest friend. “I’m very appreciative that I have him and I can kind of just tell him anything,” she added.

Although the social media star said it “took a while” for Hudson to regain her trust, she’s also open to the idea of getting back together someday. “We are so close that I do think one day in the future — I think it was the right person, wrong time,” she says. “I feel like we’ll find each other again. I don’t know how long it’s going to take but I hope so. He’s awesome.”