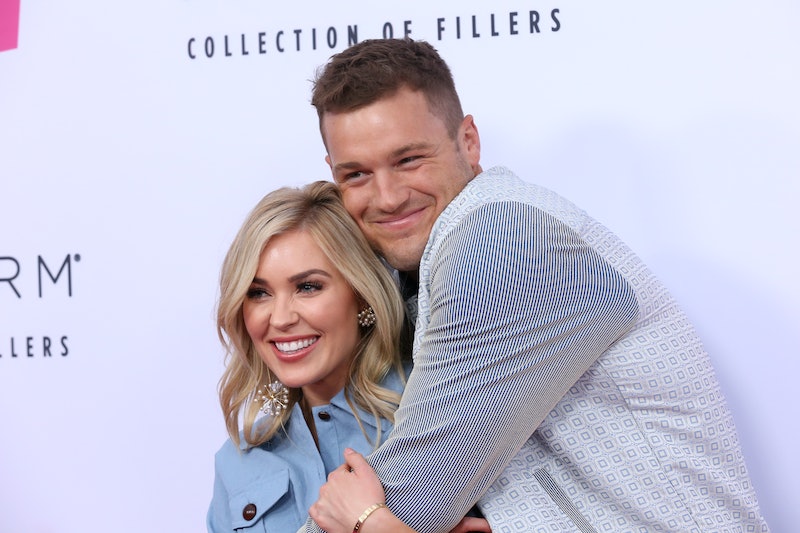 Nothing happens in Bachelor Nation without the franchise's longtime host knowing about it. But if fans were hoping for some inside info when Chris Harrison addressed Colton Underwood and Cassie Randolph’s split, they might be disappointed. The host, who watched Colton and Cassie fall in love from the very beginning, called the media headlines about Cassie’s temporary restraining order against her ex “heartbreaking” in a new interview, adding that it was “difficult to hear” about their troubles.

“It’s hard for me. These are real people,” Chris told E! News. “They are really going through something traumatic. It's surprising. It's upsetting. It's difficult to hear. It's tough to read as a friend and a companion to both of these people and I know them both intimately.” He continued, “I feel terrible about it and I wish them both well." Chris also wished the two “a little privacy” to work through these troubles out of the prying public eye.

"I think they've done a good job of taking it out of the press and dealing with this personally, which is the right thing to do," the host continued. "But I welcome them both back eventually when all this is all said and done. I wish them all the best."

Colton and Cassie split in May after a little over a year together. While the two maintained that the breakup was amicable in their respective Instagram posts at the time, the cracks began to show in July, when Colton criticized his ex for discussing their break up on an episode of The Bachelor: The Greatest Seasons Ever!. Cassie hit back, accusing Colton of trying to “monetize” their split by writing a new chapter in his memoir about their relationship.

Then in September, Cassie filed a request for a restraining order against her ex, which was granted on Sept. 14. Per court documents, Cassie claimed that Colton had been stalking her and sending threatening text messages. (Bustle reached out to reps for both Cassie and Colton, but did not receive a response.) The documents also allege that Colton placed a tracking device on Cassie’s vehicle. A court hearing for the case — listed as domestic violence prevention without minor children — is scheduled for Oct. 6, according to Entertainment Tonight.

More like this
Where Is Former Bachelor Host Chris Harrison Now & What Is His Net Worth?
By Hugh McIntyre
Molly-Mae Hague & Tommy Fury Celebrate Pregnancy Reveal In The Sweetest Way
By Sophie McEvoy and Sam Ramsden
Everything To Remember About Lace Morris Before 'Bachelor In Paradise' Season 8
By Grace Wehniainen
Here's Exactly When Rachel & Tino's Fight Happened After 'The Bachelorette'
By Grace Wehniainen
Get Even More From Bustle — Sign Up For The Newsletter