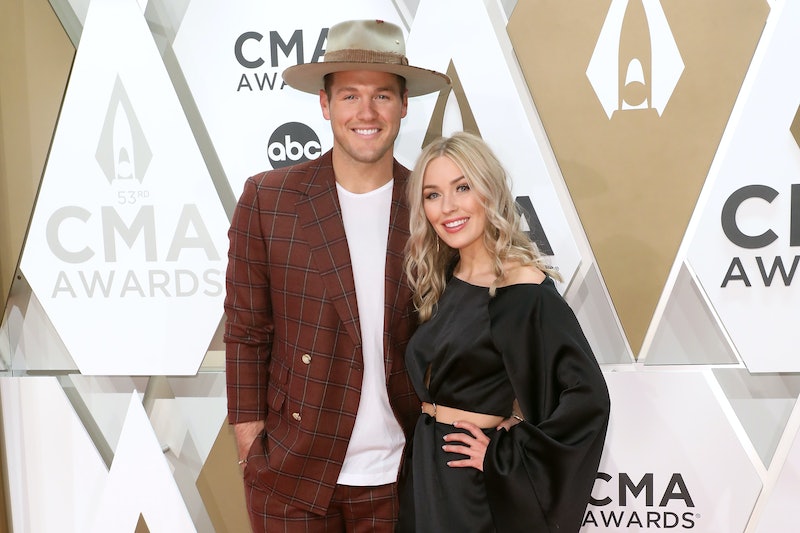 Colton Underwood and Cassie Randolph's relationship just took a very dramatic turn. Shortly after the former Bachelor claimed that he had found "clarity" after his split from his longterm girlfriend, Cassie claimed that Colton is attempting to "monetize" their breakup by writing a new chapter for his memoir all about their relationship. The pair — who called it quits in late May after about a year of dating — began engaging in a back-and-forth on social media on June 9 after Colton shared a post on Instagram that appeared to shade Cassie for her recent appearance on The Bachelor — Greatest of All Time!

"These last few weeks have been challenging because, by now, you all know I’m an open book and I enjoy sharing my life with y’all," the former NFL player wrote. "When our relationship ended we agreed to handle things as privately as possible as we attempted to navigate our new relationship as friends. I chose to do that since we were living in this interim period, but obviously a lot changed this week." Adding that his relationship with Cassie has taught him "so many lessons" about life and love, Colton then added that "I have gained so much clarity about what I want and more importantly what I need in a relationship. I’m so excited for this next chapter of my life with new stories and new people."

A few hours later, Cassie refuted his comments with a series of posts on her Instagram Story, where she claimed that Colton was actually the one who was violating their agreement not to talk about their relationship publicly. "I would like to state that I do not wish to create an online petty war," the speech pathologist wrote. "Colton, as you know we made an agreement to not publicly discuss our break up. I have honored this, as have you thus far." She then explained that she felt it was okay to to stop by The Bachelor out of recognition for the "platform" that the show gave her, and because she didn't think there was "any harm" in talking to Chris Harrison. "I don't want to make enemies with, or turn my back on the franchise," she wrote.

Cassie then addressed Colton directly, writing that his Instagram post "saddened" her. "It seems you are subtly engaging in a tactic that peppers in aggressive comments such as 'that obviously changed this week' in order to make me look like the bad one." She continued by explaining that she had asked him to "not cloud" their "great relationship" with a "messy breakup," before claiming that he had planned to write an update to his book, The First Time, that would include his experience with COVID-19 and their breakup.

"On Monday evening, you informed me you intend to monetize our breakup by writing a new chapter to discuss your experience with COVID (where you stayed in my family's house during your recovery) & about our breakup," Cassie wrote. "You have also refused to give me any sort of approval on the chapter you will be writing, which will heavily feature me... This seems a bit unfair to me. Colton, you can do what you want, but please do not have a double standard." (Bustle has reached out to Colton for a comment about Cassie's statement.)

She concluded her posts by asking Colton "on public record" from "dragging me when we both know it's unwarranted. Neither of us, or anyone close to us, would have predicted that I would have to write this post." Adding that while she can't control what Colton does, she hoped that they could move forward peacefully and end the public back and forth right here, right now: "I wish you nothing but the best and hope you can move on peacefully and successfully."