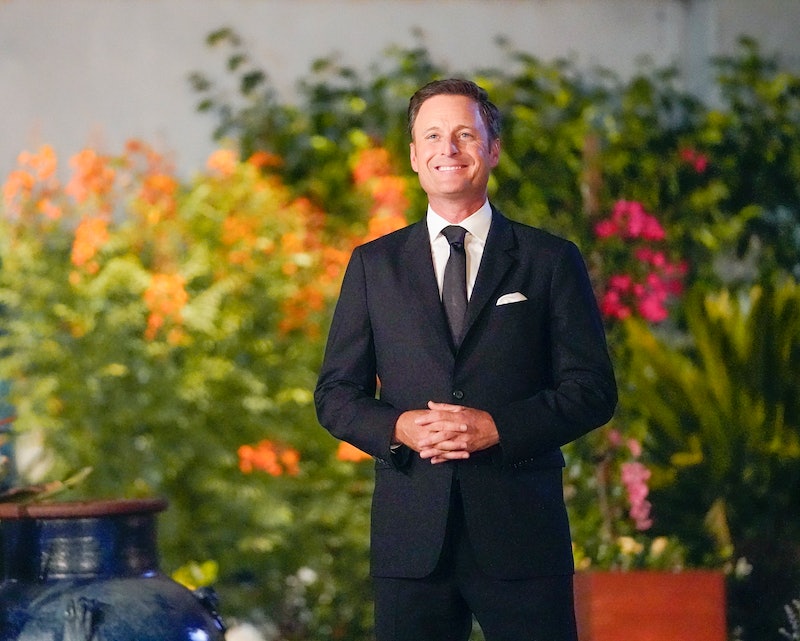 Each Bachelor and Bachelorette installment is always referred to as being "the most dramatic" in the show's history, but when it comes to Clare Crawley's season, it could also bring about significant changes to the show as a whole. During a recent interview with Entertainment Tonight, Chris Harrison shared details about Clare's unorthodox Bachelorette season and indicated how it may inspire a permanent shift in the way they go about introducing the contestants.

Typically, contestants for any given season are announced when the Bachelor or Bachelorette no longer has access to their phone. However, after production was forced to shut down in March due to the pandemic, Clare and her suitors were able to go home, and therefore had unprecedented access to social media. This allowed Clare the rare opportunity to look up details about some of the men online — and, while some fans might bristle at the breach in protocol, according to Harrison, it might be something that continues in future seasons, pandemic or no pandemic.

"She admitted to me that she started looking through and getting an idea of what these guys stood for who they were," Harrison told ET. "Not a terrible idea, and maybe that's something we incorporate into the future of this show."

Allowing the lead to do a little research on the men and women they're about to start dating would certainly add an interesting element to the series and allow them to gain helpful insight into who each person is. (Not to mention, it could help save The Bachelor from mid-season scandals that pop up when fans do a social media deep dive for themselves — see Garrett Yrigoyen.) Plus, you haven't officially dated someone until you've thoroughly stalked their social media accounts.

But as for whether or not Clare took things a bit further and actually contacted any of her suitors, Harrison is keeping his lips sealed. At least for now. "Did Claire have contact? You will definitely find out once the show starts," he promised. "We definitely have those conversations, for sure."

There have been multiple reports that Clare ends up leaving the show early, having fallen in love after just a few weeks of filming. If true, that would mean Clare fell for one of her contestants pretty darn quickly — unless they'd already been in contact prior to filming. Like Harrison told ET, "there are no rules" this season, which means anything is possible. Though it does make you wonder — if Clare hadn't had access to the internet and social media, would she still have fallen for the same guy?

All will be revealed once and for all when The Bachelorette premieres on Tuesday, Oct. 13 at 8 p.m. ET on ABC.