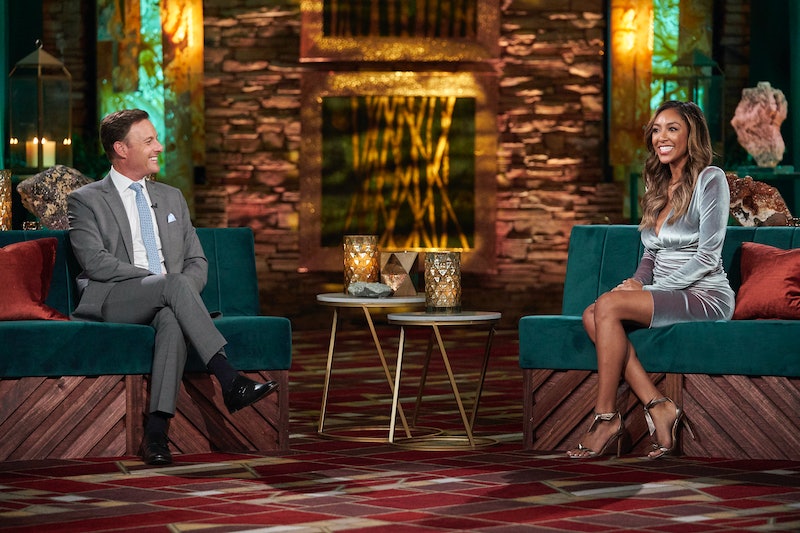 It came as no surprise that during Men Tell All, the Bachelorette guys roasted Yosef over his infamous and very aggressive parting fight with Clare Crawley, for which he showed absolutely zero remorse. But it did shock fans when Chris Harrison chimed in, especially because he usually refrains from personal commentary. But the host just couldn't stand to watch Yosef dig himself deeper and deeper into his self-absorbed hole.

If, for some reason, Yosef's altercation wasn't burned into your brain that night, he left The Bachelorette after sharing some choice opinions about Clare's decision to hold a strip dodgeball group date — one that he wasn't even on. Months later, he still stands by the fact that he raised his voice and insulted her on national TV, and so Harrison asked him if he'd be OK with someone talking to his daughter that way.

“If my daughter did something like that, I hope someone would call her out," he said. So, Harrison tried one last time to put out the fire. “I rarely do this," he told Yosef. "I’m gonna try to help you help yourself. I’ve seen a lot of crazy stuff in 20 years but that was really not a good look … the way it escalated, the way you spoke. But what I would love, is if you could just see that, and be like, ‘You know what, for that I’m sorry.'"

Still, Yosef didn't budge. “I’m not gonna apologize to Clare. I don't care what any of these guys think of me. I’m gonna stay true to myself," he said. And with that, Harrison shrugged. “I tried to help," he said. "And I thank you for being here.” Harrison's tweet shortly after his comments aired sums it up nicely: