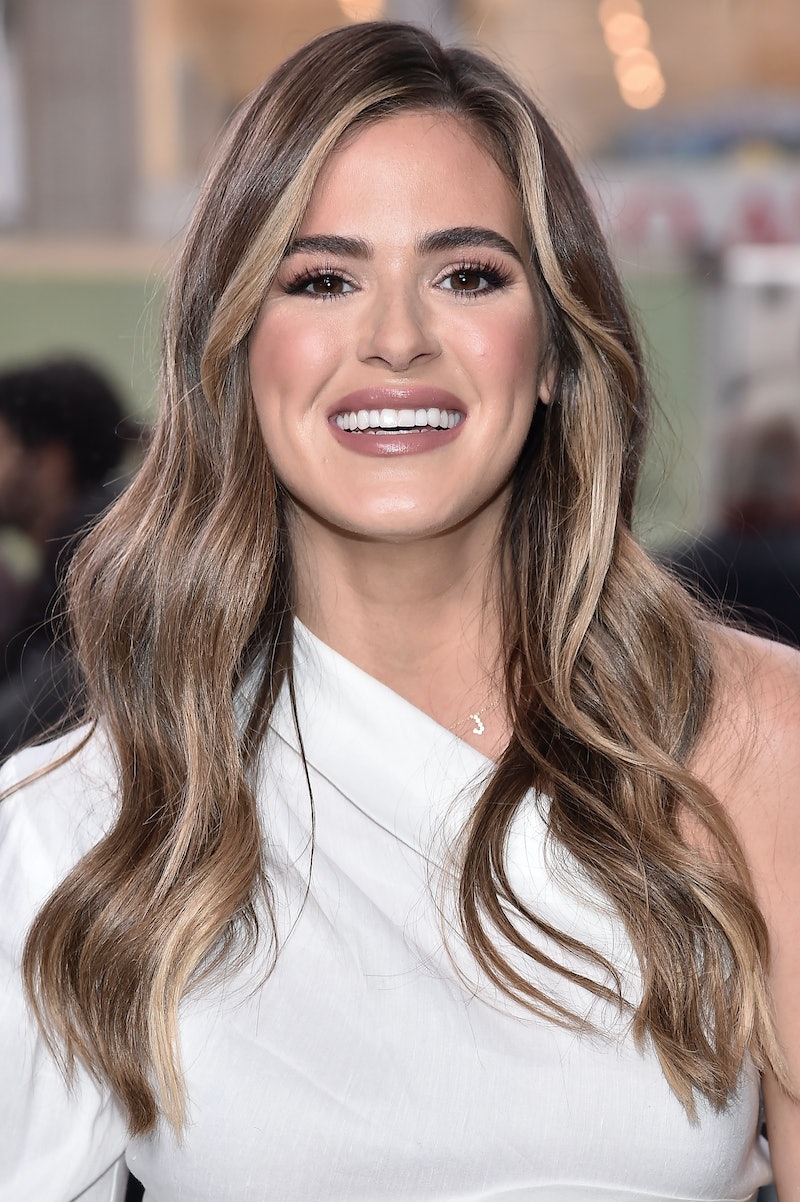 JoJo Fletcher wears many hats: she's a former Bachelorette, house flipper, interior designer, and Instagram influencer. Now, she's adding "Chris Harrison substitute" to the list. In August, she became the first person to fill in for the longtime Bachelor and Bachelorette host, who quarantined mid-season after taking his son to college in Texas.

“I was obviously super excited that they would even think of me to do that or trust me to do that, but definitely nervous,” JoJo told Us Weekly. “I mean, Chris makes it look incredibly easy because he’s really good at his job, you know? I feel like I did my best ... but I’m never going to be Chris Harrison. So, hope everyone keeps that in mind when they’re watching it!”

JoJo may be the first person to sub in for Harrison, but she's not new to hosting reality TV. She and her fiancé Jordan Rodgers (the winner of her Bachelorette season) are co-hosts of CNBC's Cash Pad, a home improvement show on which they renovate rental properties that you can actually book on Airbnb. The pair also hosted Paramount's competition show Battle of the Fittest Couples in 2019. Neither program has been renewed for a second season, likely due to pandemic-related delays in production and network decision-making.

Speaking of which, after waiting four years to get married, JoJo and Jordan recently made the decision to postpone their wedding, which was supposed to take place in June. “We obviously were bummed that we have to postpone it a whole year. But it’s 100% the right decision,” she told Us Weekly. “We’re super happy to wait it out and have everyone that we love there for when it does come.”

Until then, the two are making the necessary planning adjustments while personalizing their new home. Fletcher recently launched a collaboration with Etsy, for which she partnered with 15 artisans to curate a selection of eclectic home goods including ornaments, candles, macrame coasters, and more. "I believe the items we surround ourselves with should feel special,” she said in a statement, per Entertainment Tonight. "Why not fill your space with pieces that genuinely make you happy to interact with every day?"

On Nov. 1, she also celebrated her 30th birthday. "Thank you to everyone who made this birthday so special," she wrote on Instagram. "All the wishes, all the kind words, my family, friends, and especially you @jrodgers11- my heart is so full!"