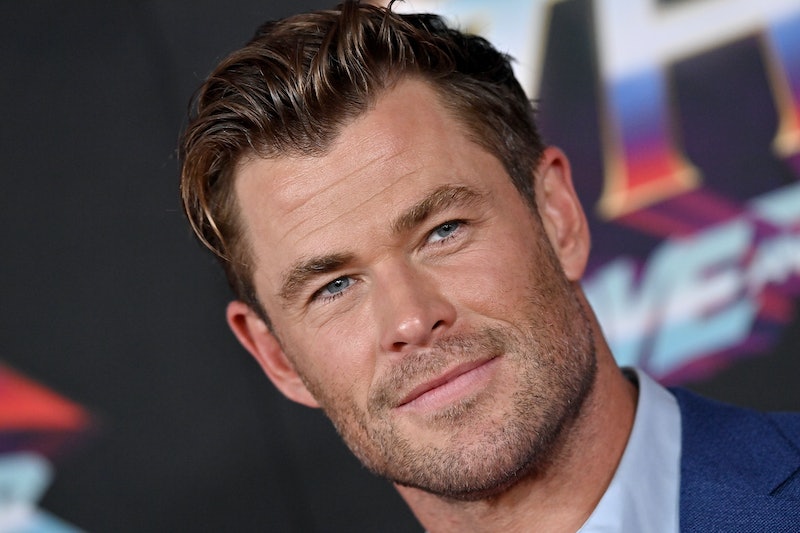 Chris Hemsworth is putting his health first. In an interview with Vanity Fair published on Nov. 18, the Marvel star announced that he would be taking a break from acting after finding out he has genes that could lead to Alzheimer’s disease. According to the outlet, after undergoing genetic tests while filming his new Disney+ reality show Limitless, he found two copies of the gene APOE4, one from each of his parents, which a study from the National Institute of Aging calls the “strongest risk factor gene for Alzheimer’s disease.” Hemsworth’s grandfather has been diagnosed, proving how high his risk may be.

“Since we finished the show, I’ve been completing the things I was already contracted to do,” he said. “Now when I finish this tour this week, I’m going home and I’m going to have a good chunk of time off and just simplify. Be with the kids, be with my wife.” Hemsworth, who shares 10-year-old daughter India and 8-year-old twin sons Tristan and Sasha with wife Elsa Pataky, said that finding out he has the gene made him realize how much time he was missing with his family due to his work schedule.

“Doing an episode on death and facing your own mortality made me go, ‘Oh God, I’m not ready to go yet,’” he said. “Then you start talking about kids and family and going, ‘Oh my God, they’re getting older, they’re growing up and I keep slapping another movie on top of another movie.’ Before you know it, they’re 18 and they’ve moved out of house, and I missed the window.”

In the episode, Hemsworth’s doctor told him that the APOE4 gene makes him eight to 10 times more likely to develop Alzheimer’s. However, the actor took care to not exaggerate the situation or make it seem that he had been diagnosed. “I was offered a version of the episode where we didn’t talk about it,” he revealed. “I thought, ‘No, look, if this is a motivator for people to take better care of themselves and also understand that there are steps you can take — then fantastic.’ My concern was I just didn’t want to manipulate it and overdramatize it, and make it into some sort of hokey grab at empathy or whatever for entertainment.”

While he may be taking an acting hiatus, this doesn’t mean you won’t see Hemsworth on the silver screen soon, as he’s already completed production on Netflix’s Extraction sequel and the Mad Max: Fury Road prequel Furiosa. As Hemsworth himself stated, “It’s not like I’ve been handed my resignation.” Rather, he’s using this information about his health to prioritize what matters to him, and encourages viewers to do the same. “You don’t know when your time’s up, you don’t know what tomorrow holds,” he said. “Whether or not any of this information helps you live longer, it’s about living better right now. Whatever you do right now to benefit your future self is having a huge benefit in your current self.”

More like this
You Definitely Know The Voice Of Shuri's AI In 'Black Panther: Wakanda Forever'
By Brad Witter
'Wakanda Forever' Is Already Opening Doors For Mabel Cadena
By Grace Wehniainen
Kumail Nanjiani & Emily V. Gordon’s Relationship Timeline Is Literally A Movie
By Jake Viswanath
'Black Panther 2' Star Dominique Thorne Prioritizes Her Career Over Dating
By Jake Viswanath
Get Even More From Bustle — Sign Up For The Newsletter