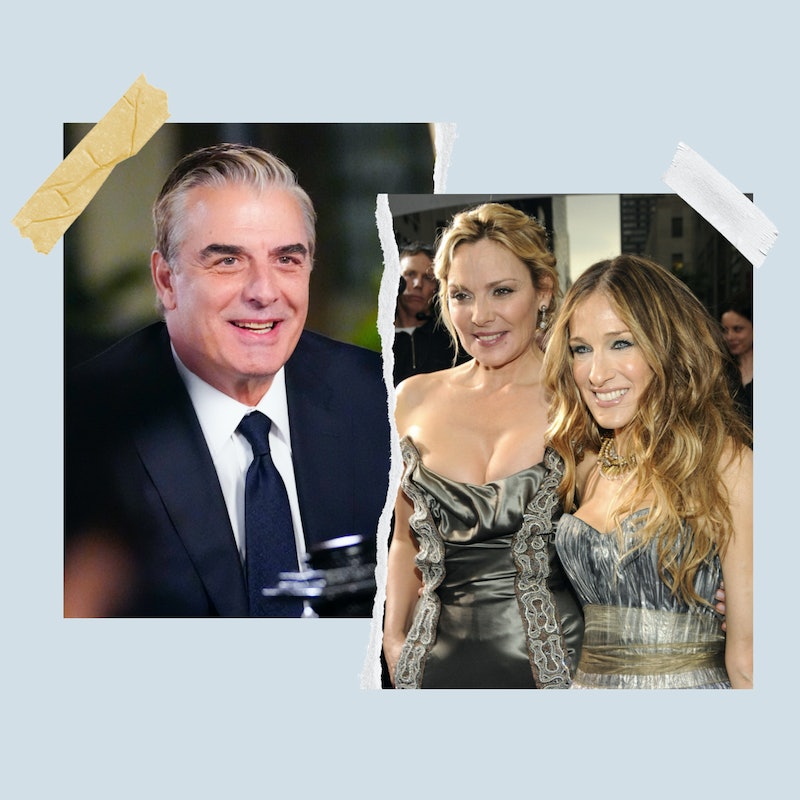 We’re just days away from the premiere of the highly anticipated Sex and the City revival, and Chris Noth (aka Mr. Big) has decided to spill details about the years-long feud between former co-stars Sarah Jessica Parker and Kim Cattrall. Reports that the actors weren’t on good terms began surfacing in the early 2000s, when tensions were reportedly high over their respective salaries. The actors spent many years shooting down rumors that they didn’t get along, but things became very real when Cattrall called out Parker on Instagram in 2018 for sending what she felt were insincere condolences in the wake of her brother’s death.

“I don’t need your love or support at this tragic time @sarahjessicaparker,” Cattrall wrote before further addressing their feud in the caption. “Your continuous reaching out is a painful reminder of how cruel you really were then and now. Let me make this VERY clear. (If I haven’t already) You are not my family. You are not my friend. So I’m writing to tell you one last time to stop exploiting our tragedy in order to restore your ‘nice girl’ persona.” Parker didn’t respond right away, but the next week she told People that Cattrall “needed to say what she needed to say, and that is her privilege.”

Noth has remained extremely tight-lipped about the situation until now. In a Dec. 6 interview with The Guardian, he said that he has “absolutely no idea” what Cattrall is thinking and feeling but he’s “very close with SJ and [Cattrall’s] descriptions of her don’t even come close.” He also said that she played a “marvelous” Samantha, but “some people move on for their own reasons” and he wasn’t sure what hers were. “I just wish that whole thing had never happened because it was sad and uncomfortable,” he added. “I just don’t like to see anyone talking down about SJ because she’s a target and people can be nasty.”

After years of being vocal about not wanting to return to the role, it should come as no surprise that Cattrall will not appear in the reboot when it premieres on HBO Max. In September 2017, the Daily Mail reported that the third Sex and the City movie was canceled because of Cattrall’s demands, but she later tweeted that the only “demand” she had was that she didn’t want to make a third movie. The following month, she told Piers Morgan that it was time to move on. “That was part of turning 60,” she said. “That was a very clear moment of, how many years do I have left and what do I want to do with it? What haven’t I done? I feel that the show was the best when it was the series and the bonus was the two movies.”

In that same interview, Cattrall said that Parker “could’ve been nicer” and that she officially turned down the opportunity to make a third movie in December 2016. “The answer was simply thank you, but no, I’m good,” she said. “This isn’t about more money. It’s not about more scenes. It’s not about any of those things. This is about a clear decision, an empowered decision in my life to end one chapter and start another… It’s a great part. I played it past the finish line and then some, and I loved it.”

The first two episodes of And Just Like That will premiere on HBO on Dec. 9. New episodes will hit the streaming service on Thursdays.