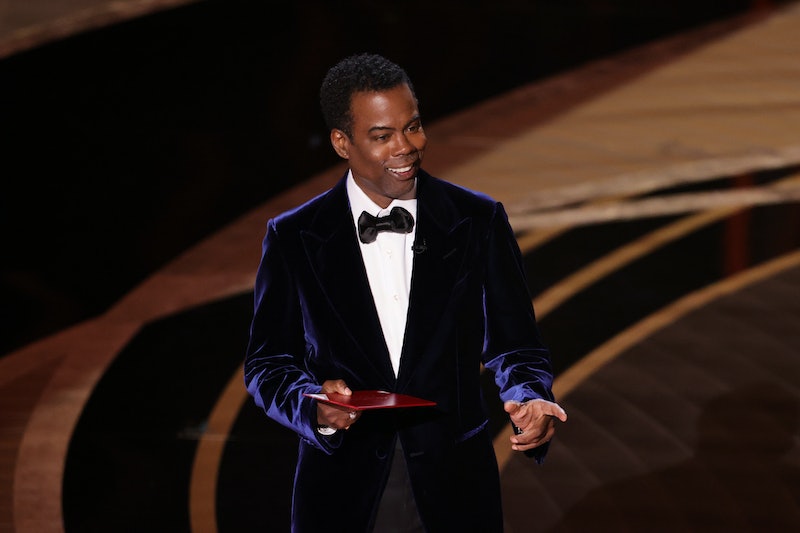 We were all on the edge of our seats to see how the three at the centre of the Oscar-slapping drama — Chris Rock, Will Smith, and Jada Pinkett Smith — responded following that slap. Will Smith took to Instagram on Mar 28. to apologise to Rock, the Academy, and the Williams family, writing that he was “out of line” and wrong. Pinkett Smith also took to social media in response to the incident, posting a seemingly vague quote, reading “this is a season for healing and I’m here for it.” But what does Rock have to say about it all?

Well, in his first public response, three days after the Oscars, the comedian spoke about the event at his sold-out comedy show at the Wilbur Theatre in Boston. Though fans — some of whom had paid nearly $1000 (£762) for tickets to the gig — eagerly awaited a discussion from Rock of what had happened, he kept references to the incident very brief.

He said he’d written his comedy routine before the Oscars, and so would continue with that as planned. “I'm still processing what happened, so at some point I'll talk about that sh*t. It'll be serious. It'll be funny, but right now I'm going to tell some jokes,” said Rock. “I haven't talked to anyone, despite what you heard.”

The rest of the show didn’t exactly continue exactly uneventfully, however, with audience members yelling “Will Smith” twice during Rock’s sets, and one man was escorted out of the show by security guards.

Since the slap, it’s been revealed by the Academy that Smith was asked to leave the Oscars, but refused to. They also revealed that they had started “disciplinary proceedings” against the actor, and that his actions could result in "suspension, expulsion, or other sanctions.”

More like this
Paul Mescal’s Family Celebrated His Oscar Nomination In The Sweetest Way
By El Hunt
Twitter Can’t Get Over This One Part Of Lily Allen & David Harbour’s House
By El Hunt
“I’m Not Here To Make Friends” Speaks To A New Sam Smith Era
By Maxine Harrison
Blake Lively Is Trolling Ryan Reynolds Again – Over Wrexham FC
By Sam Ramsden
Get The Very Best Of Bustle/UK
Sign up for Bustle UK's twice-weekly newsletter, featuring the latest must-watch TV, moving personal stories, and expert advice on the hottest viral buys.