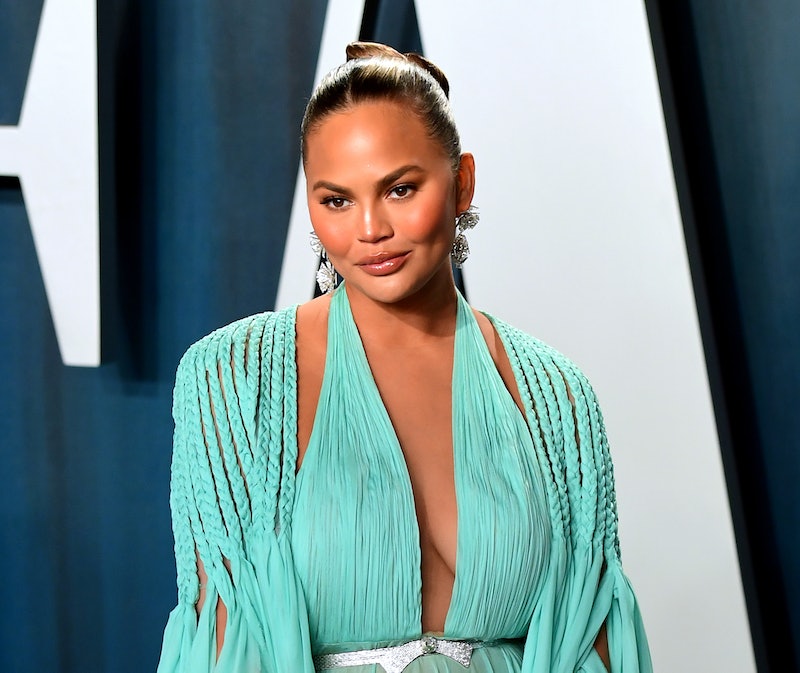 Ever since Chrissy Teigen announced her "unexpected" third pregnancy with husband John Legend, she's been keeping her followers up-to-date with her progress. Teigen was put on bed rest a few weeks ago, but on Sept. 27 the model and TV personality shocked fans by revealing after she had been taken to hospital on after experiencing heavy bleeding for "a month."

In true Teigen style, the model has been sharing candid updates to her Instagram stories over the weekend. From her hospital bed at Los Angeles Cedars-Sinai hospital, Teigan explained that while she was on "super serious bed rest" her bleeding had worsened.

"We all know I've been on bed rest for a few weeks and that's like super serious bed rest. I get up to quickly pee and that's it. I would take baths twice a week, no showering, just as little as possible," she said via Instagram stories.

The 34-year-old explained in "simple terms" that her "placenta is really, really weak." Adding: "I'm about like halfway through pregnancy and the blood has been going on for like a month. Maybe a little bit less than a month. We're talking about more than your period girls. It's definitely not spotting. A lot of people spot and it's usually fine. Mine was a lot."

Teigen has been open about her health complications during her pregnancy, but has asked for doctors to stop diagnosing her via Twitter as it "makes her feel really anxious." She said those reading have to trust that she has "very good doctors who know the entire story."

The mum of Luna 4, and 2-year-old Miles, has been open about troubles with fertility and more in the past. Her third pregnancy was unexpected as Teigen believed "she couldn't conceive naturally." Despite the scare, she reassured fans that she and her baby boy are doing well all things considered. "He's the strongest dude in the sh**tiest house," she said.

Teigen seemed to be in high spirits despite being hospitalised and told her followers to "think of baby." Husband Legend was by Teigen's bedside and provided good Instagram content with a "bedside sandwich tutorial.