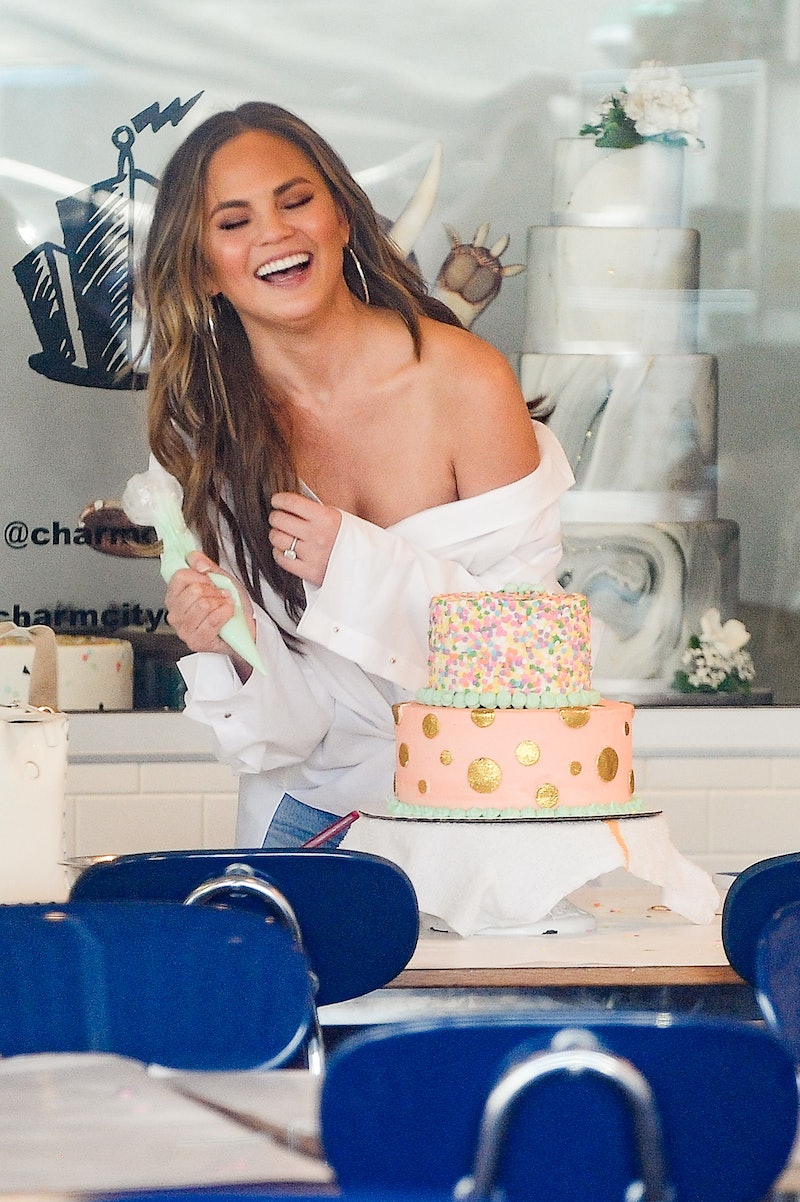 Just when you thought the cake meme was gone, Quibi and Chrissy Teigen announced their new show Eye Candy, all but ensuring that the disturbing meme will never die. Eye Candy is based on the popular Japanese series Sokkuri Sweets, which features everyday people and celebrities trying to determine whether the object in front of them is a doorknob, shoe, or if it's actually a sweet treat. And yes, they eventually have to bite into said object to determine whether or not it's confectionery wizardry or something that could definitely break their tooth.

Teigen tweeted the news of her latest collaboration with Quibi — she's also the host of Chrissy's Court — alongside assurance that Eye Candy predates the cake meme that left the internet questioning whether or not there is any object left in this world that won't have a red velvet center if you slice into it. "We did this before the cake videos ok!!!??? I can’t wait!!!!" she tweeted (Teigen's Twitter is currently set to private, but you can see her tweet below.)

The Cravings author also shared her excitement about the new series in the official press release. "I've been fascinated by all the mind-blowing cake videos seen around the world and I’m thrilled to be a part of introducing Eye Candy to many others," she said, per Deadline. "Disclaimer: We are not responsible for any feelings of confusion, betrayal or cravings that may ensue from watching this program."

Even though the concept for Eye Candy predates the accursed cake meme, it will be impossible not to be reminded of the month you spent scrolling through Twitter in fear of seeing someone slice into a hand that was actually just a hyper-realistic cake. Jimmy Fox, president of Eye Candy's production company Main Event Media warned, "Literally anything that appears on set could be made of chocolate or an undercover cake creation. The culinary artistry on display in the show is incredible and at the same time utterly ridiculous in all the right ways."

While Teigen is excited about her news series, she has no plans on giving up her on her other Quibi show anytime soon. In addition to sharing the news about Eye Candy, she also confirmed that Chrissy's Court will return for a 20-episode second season. There's no word yet on whether there will be a crossover between the two shows in which she must decide if her gavel is made of cake, but fingers crossed.