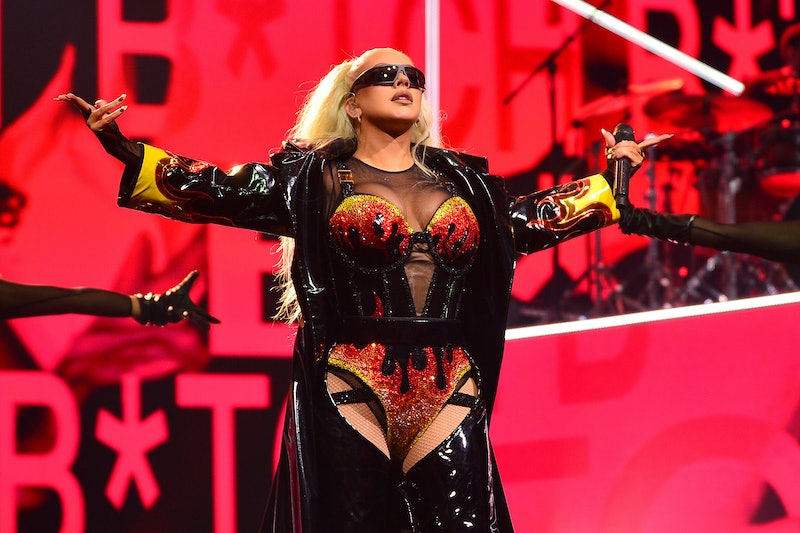 On Aug. 6, thousands descended on the city of Brighton to celebrate the seaside resort’s annual Pride festivities. Headlining this year’s festival, which were attended by an estimated 300,000 people, was none other than Grammy award-winner Christina Aguilera, who took a powerful stand against Florida’s “Don’t Say Gay” law during her headline set at Preston Park.

As per PinkNews, Aguilera delighted fans with a live performance of some of her biggest hits, including “Beautiful,” “Genie in a Bottle,” and “Dirtty.” While on stage, the singer took aim at the controversial Florida law that forbids public school teachers from partaking in “classroom discussion about sexual orientation or gender identity.”

As dancers held up signs reading “say gay,” Aguilera told the Brighton crowd, “So today, in honour of Pride, let us shout.” As the audience screamed the word “gay,” the dancers proceeded to flip their signs, revealing the words “love,” “freedom,” “peace,” “unity,” “identity,” and “equality.”

Aguilera joins a long list of public figures who have publicly called out Florida’s “Don’t Say Gay” law in recent months. Addressing the law — that went into effect in July 2022 — President Joe Biden described the bill as “hateful.”

“I want every member of the LGBTQI+ community — especially the kids who will be impacted by this hateful bill — to know that you are loved and accepted just as you are,” Biden wrote in a tweet.

In addition to Aguilera’s powerful onstage message, organisers of this year’s Brighton Pride festival also called for a trans-inclusive conversion therapy ban, reform of the Gender Recognition Act (GRA), awareness of global LGBTQ+ human rights, and for the UK to be more welcoming of LGBTQ+ refugees.

Brighton Pride 2022 returned for its 30th anniversary following a two-year hiatus, and remains one of the biggest pride festivals in the UK.