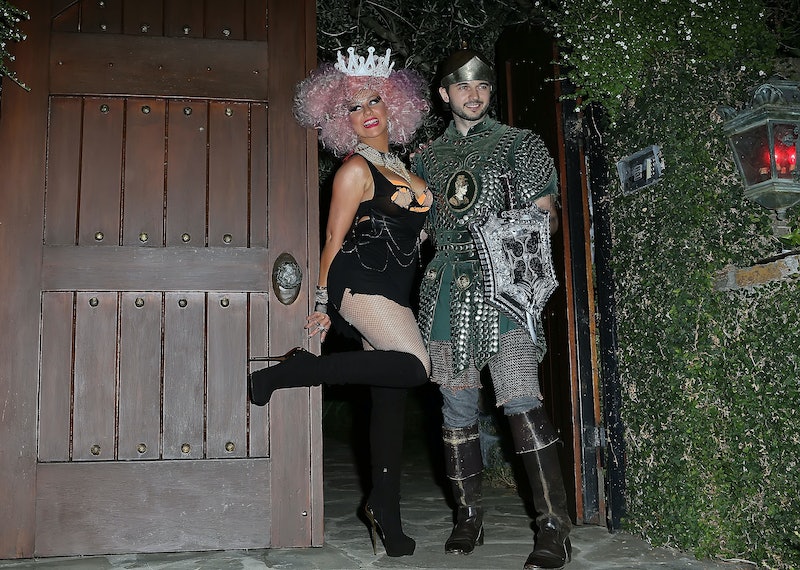 Christina Aguilera will become the first-ever recipient of the Music Icon award at the 2021 People’s Choice Awards on Dec. 7. It’s a fitting title for the pop superstar who has provided fans with iconic pop hits and stunning ballads for the past two decades, from 1999’s “Genie In A Bottle” to 2018’s “Fall In Line.” Along the way, she’s earned five Grammy awards and multiple No. 1 hits. Her longtime fame has also meant that her love life has been constantly dissected, with fans wanting to know who she’s with at all times. Aguilera has been dating her longtime partner Matthew Rutler for longer than a decade, and they plan to call each other husband and wife — eventually.

The pair first met in 2009 on the set of Burlesque, in which Aguilera starred alongside the legendary Cher. Rutler was a production assistant on the Golden Globe-nominated film, and they clearly hit it off. In February 2010, the singer filed for divorce from Jordan Bratman, with whom she shares 13-year-old son Max. After that, she started dating Rutler. By 2013, they moved into a Mulholland Estates home, and she became pregnant with their first child together.

Aguilera got engaged to Rutler on Valentine’s Day in 2014, flaunting the ring while holding hands against a beach view in a photo posted to Twitter. “He asked and I said...,” she captioned the post. The couple welcomed their first daughter, Summer Rain Rutler, in August 2014. However, they have yet to set a wedding date seven years later. Clearly, they’re still going strong, as evidenced when she gushed about Rutler on his birthday on April 5. The star posted a video montage of candid memories at home, set to Noah Reid’s version of “Simply the Best” from Schitt’s Creek.

“You’re simply the best, @m_rutler!” she wrote. “You continuously impress me with how devoted, driven and hardworking you are, while being a devoted, loving and thoughtful parent & partner. You always strive to be better and never settle for anything but. From being an amazing father to an incredible business man and forward thinker, you innovate and execute ideas on the daily... From helping keep the family glue together to building the successes you do. I’m proud of you and will always be in your corner... cheering you on to keep shining and succeeding in all your wildest dreams. Love you baby.”

While they met on the set of Burlesque, it doesn’t look like Rutler works much in the film world anymore. In 2016, Rutler was named the senior vice president of Business Development and Talent at MasterClass, the company that offers online classes in creative fields taught by A-list stars and famous entrepreneurs, including Alicia Keys, Shonda Rhimes, Natalie Portman, and even Aguilera, who taught a singing class for the platform.

Rutler’s Instagram bio notes that he’s still “happily engaged” and tags Aguilera’s account, proving they’re still intent on getting married one day despite not setting a date. Aguilera also touched on this subject on her 2018 album Liberation, writing about her fear of getting married on the closing track “Unless It’s With You,” dedicated to Rutler: “I don’t want no white picket fence / Dozen roses and a wedding dress / ’cause I don’t want to get married, unless it’s with you.”