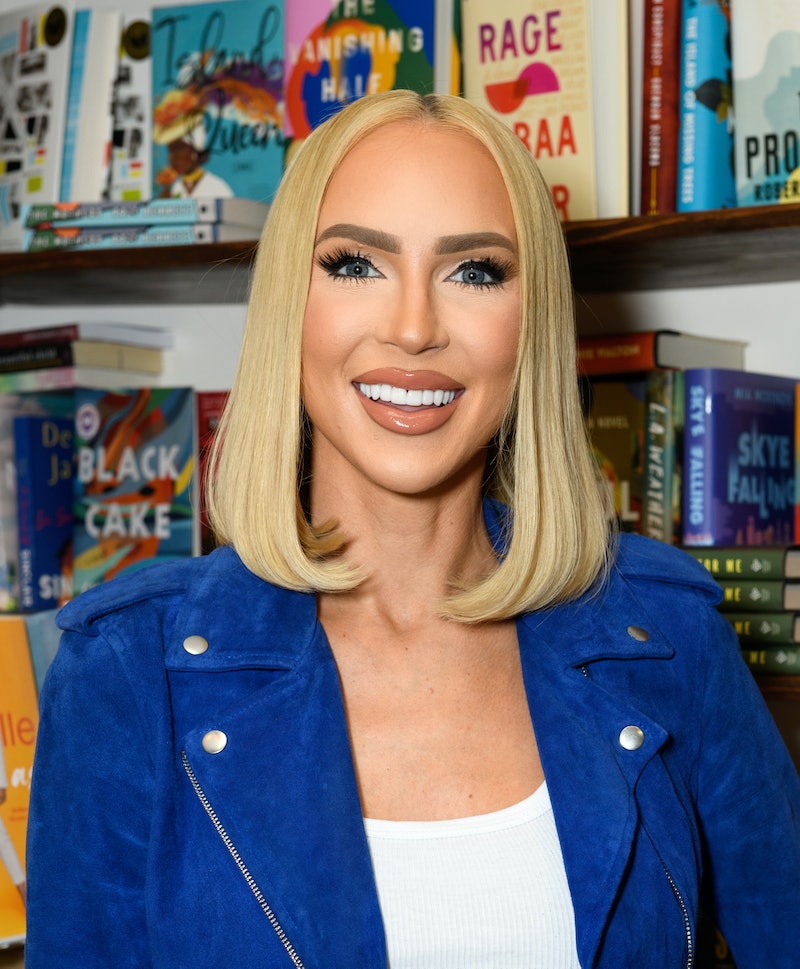 Selling Sunset’s Christine Quinn may be known for stirring up her share of drama — but in a recent appearance on the Call Her Daddy podcast, she suggested that not every fight or snide comment is exactly what it seems. “When we’re doing a lunch scene, that’s captured over three hours ... and then it’s cut down to 38 seconds.” Christine told Alex Cooper during the May 17 interview. “So it’s like, you’re not seeing the full context, and they intentionally edit out things that I say that may have supported my argument, and a lot of facts that they don’t want to provide. Because then that shows me as a vulnerable human, which they don’t want to do.”

It’s not just missing material, though — Christine said entire conversations have been spliced together in misleading ways. Remember Christine and Heather Rae El Moussa’s lunch conversation in Season 5, Episode 4? According to Christine, a press screener of the episode (an advanced copy sent to media ahead of a show’s release) showed Heather saying Christine accused Chrishell Stause of “sleeping with Jason when she was still married,” and Christine laughing in confirmation. “Oh my god, that’s hilarious. Yeah, I did say that. That’s true.”

Ultimately, Christine said, the version that made it to Netflix reflected the truth of the exchange — that she was simply reacting to a comment she made about Jason Oppenheim’s taste in women. “The first scene, that they were about to send out to the entire world, accused me of confirming infidelity, which was dubbed over by production. Heather never said that with me. That never happened in the conversation.”

Christine also called out the Season 5 bribery storyline, clarifying that she wasn’t even working at The Oppenheim Group at the time. “You have to look at the timing of this, she said. “I had already started my brokerage, my other brokerage ... so, why would I give money to the cult when I have my own business?” The How to Be a Boss Bitch author said she’d been told that there are “six full-time storyboarders who create narratives” based on the agents’ lives.

When asked who’s paid the most on Selling Sunset, she said there are “three tiers” of salaries for the show’s stars — and that only she and Jason Oppenheim occupy the top tier. “I’m gonna get sued after this,” she said. “I don’t care, come after me. You can’t afford my lawyers.”

Despite lifting the curtain on several behind-the-scenes Selling Sunset secrets — and expressing her annoyance at those alleged editing practices — Christine said she still plans to be back for Season 6. “The show is, like, my number one [and] everyone knows that,” she told Us Weekly May 17. “But we just have to get creative now because I don’t work for the Oppenheim Group … Maybe it’s a battle of the brokerages.”

More like this
Move Over, 'Sunset'! The Drama-Filled Trailer For 'Selling The OC' Is Here
By Nola Ojomu
What That Ominous 'Selling Sunset' Season 5 Finale Could Mean For Season 6
By Orla Pentelow and Brad Witter
Kim Kardashian Reveals The First Text She Sent To Pete Davidson
By Jake Viswanath
Pete Davidson Pops Up In This Hidden Scene From The Kardashians Season Finale
By Jake Viswanath
Get Even More From Bustle — Sign Up For The Newsletter