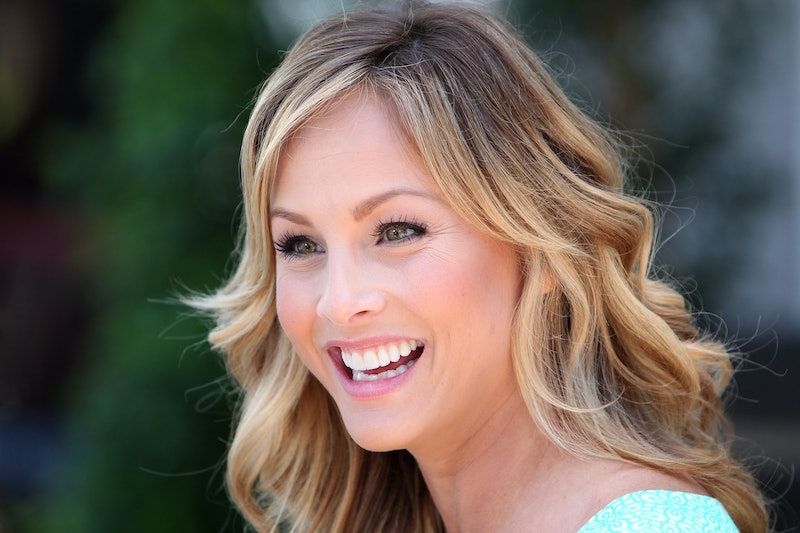 Update: Instagram user @boymommerch has clarified her claims and apologized to Clare for accusing her of lying. “I would like to say I miss understood [sic]. Clare did not go to prom with my husband," she wrote on Oct. 21, as per US Weekly. "It was another dance and I apologize for my error.” The user has since made her Instagram account private.

On the Oct. 20 episode of The Bachelorette, Clare Crawley admitted that she did not go to her senior prom in high school. However, according to one of her Instagram followers, that's actually not the case. But how could they possibly know that? Well, in a bizarre turn of events, this person claims that Clare attended the milestone dance with — wait for it — her now-husband.

It all started when Clare made the confession that she felt "invisible" in school to one of her Bachelorette contestants, Chasen Nick. "I never went to prom," she said. "Nobody ever asked me! Nobody even knew who I was in high school." But shortly after the episode aired, Instagram user @boymommerch took to the photo-sharing app with what appeared to be photo evidence that her husband went with Clare to a very formal, very prom-like high school dance.

"My husband took @clarecrawley to senior prom, @clarecrawley you went to prom," she wrote in the caption of the since-deleted post, noting that they went to different high schools. "Call it want you want, Senior Ball or Senior Prom, it took place in the spring."

After another Instagram user tagged Clare in the comments writing, "You've been exposed," the Bachelorette fired back at the claims and clarified that she did go to other high school dances — just not senior prom. "Lol actually not," she responded. "You do know there is more dances in high school that are NOT prom? Turns out it's just someone digging up old photos (why she keeps her husband's old dance pics I'm not sure). I went to a new school senior year and in fact DID NOT go to prom just like I said."

While this prom accusation is utterly wild, it's far from the most important drama that Clare is facing on The Bachelorette. Back in August, it was reported that Tayshia Adams would replace Clare as the lead after she reportedly fell in love with contestant Dale Moss and decided to end her journey altogether. The reports still haven't been officially confirmed, but as seen in a promo for upcoming episodes, the contestants do question if Clare and Dale knew each before the show, given their instant chemistry. Perhaps this high school date was just forgettable in comparison?