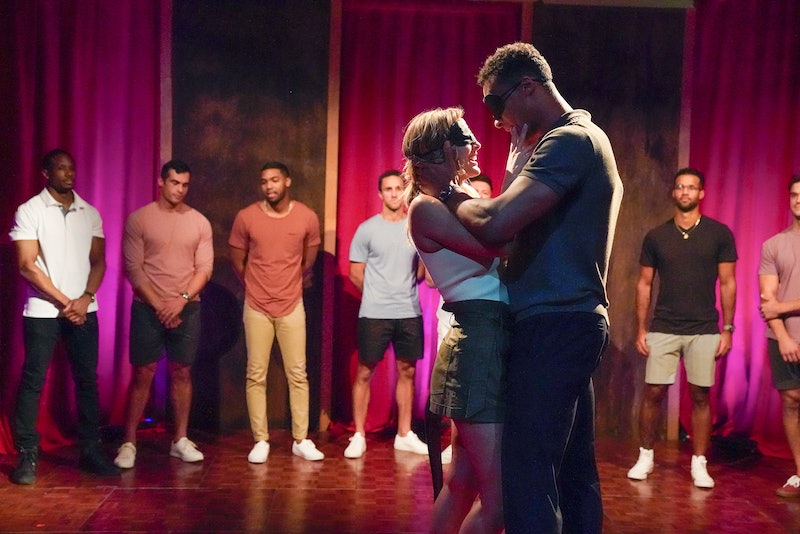 Just days before Clare Crawley's Bachelorette season was slated to begin shooting, concerns over the coronavirus pandemic shut down production indefinitely. By the time the show resumed filming about four months later, Clare had had plenty of time to Instagram-stalk her contestants — most notably Dale Moss, a 31-year-old former football player. "I knew it. I definitely feel like I just met my husband," Clare said of Dale during the Bachelorette premiere.

Clare insists she never actually met Dale before the show. "I didn’t know who exactly was going to be getting out of the limo, but having the chance to look back, Dale was one of the guys that I completely aligned with when it comes to what he was putting out there on social media," she told the Hollywood Reporter, citing his approach to quarantine. "He was talking about family and being at home and the realness of it, versus taking COVID quarantine lightly and partying or being around friends ... Dale was someone who was really respecting the time of solitude and I aligned with what he was doing at the same time. So when I met him, it was like [takes a deep breath] — there was that connection that I felt like we would have by seeing his social media."

Still, some viewers aren't buying it. "I feel like Clare and Dale exchanged a few DMs before this conversation," one fan tweeted, according to Entertainment Tonight. Added another, "I do not believe for a second that Dale and Clare didn't talk before filming but I DON'T CARE."

Clare again shot back. "Blake [Moynes, who Clare confronted during the premiere] was the only person that messaged me, the only person I had any contact, talked to, any sort of communication with [ahead of the season]," she told ET. "We're given these rules to respect, the process of it all, and I definitely 100% respected the process. What he did, and the reason he did that, I also really respect."

Whatever did or did not go down between Clare and Dale before the show, they reportedly fast-tracked their relationship as soon as they met. If the rumors prove true, Clare quits the show after only two weeks to be with Dale and even reportedly gets engaged to him, forcing producers to bring in Tayshia Adams as a replacement to lead the show.

Whether or not that's actually how it will play out, it seems fans won't have to wait long to find out: longtime Bachelor blogger Reality Steve says Clare only participates in two more ceremonies before Tayshia reportedly takes over.

More like this
Why Wasn't Teddi At The 'Bachelor In Paradise' Reunion?
By Brad Witter
What Jen Shah's Delayed Sentencing Could Mean For The 'RHOSLC' Season 3 Reunion
By Brad Witter and Jake Viswanath
We’ve Got A Text! Another 'Love Island' Series Is On The Way
By Darshita Goyal
Victoria Fuller & Greg Grippo Addressed Their Relationship Timeline
By Grace Wehniainen
Get Even More From Bustle — Sign Up For The Newsletter