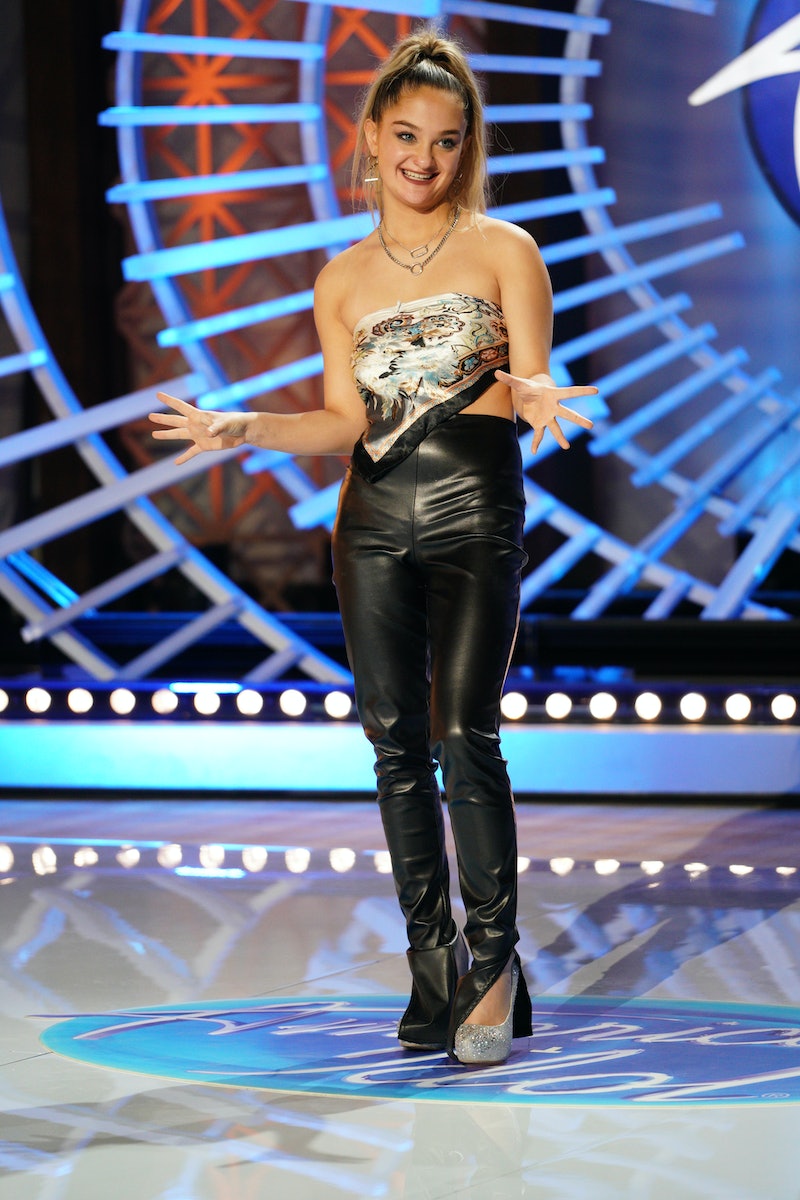 Kellyanne and George Conway's 16-year-old daughter, Claudia Conway, has made no secret of her difficult family dynamic — her mom infamously worked for Donald Trump, of whom dad George is an outspoken critic. Conway has even talked about her struggle to emancipate herself from her parents on TikTok, where she has more than 1.5 million followers. Now, the teenager is excited to be known as someone else entirely: a singer. In a recent preview of Conway's audition for Season 19 of American Idol (the fourth season to air on ABC), she tells the judges about how she uses music as an escape when life gets tough.

"When your mom’s working for the president of the United States, who you very much disagree with, it’s really hard," Conway said. "Most of my life, my feelings had been suppressed, so then I got social media, and I was like, ‘well, yeah. Now my voice is being heard.’ The internet can be a very, very dark place. But when life is all going downhill, I have my music." She finished, "Now, I kinda want to get out of the controversy, get out of the drama, and let people know that I am a singer. And that this is what I want to do."

Throughout the sneak peek of her audition, which you can watch on People, Conway walks with her dad, shares a fist-bump, and hugs him as he tells her, “You’re gonna do great.”

Though the clip did not show Conway's musical chops just yet, viewers can watch her sing on her TikTok in the meantime. In one recent post, she recorded herself singing La Vie en Rose. In another, she addressed her upcoming audition in a little more detail.

"I've been singing my whole life. I grew up in musical theater," she said in the video. "Music has been one of the pillars in my life and I wouldn't be here without it. I play about eight instruments ... I've just been doing it since I could walk." And speaking about how the audition came to be, Conway said producers reached out to her. She recalled, "They saw a video I posted as a joke of me singing and they were like, 'hey, do you want to audition?' and I was like, 'oh sh*t, yeah ... who wouldn't?' So everyone thinks that this is like a publicity stunt ... but no, music is my passion."

Conway's audition will air on American Idol on Sunday, Feb. 14.

More like this
Eurovision Has Been Given A Whole New Look Ahead Of Its Liverpool Debut
By Bustle UK
Beyoncé Just Announced Tour Dates: Here's How To Cuff Tickets To Her 2023 Shows
By Jake Viswanath
Twitter Is Having A Meltdown Over Buying Beyoncé Renaissance Tour Tickets
By Jake Viswanath
All The Best Celebrity Reactions At The 2023 Grammys
By Brad Witter
Get Even More From Bustle — Sign Up For The Newsletter
From hair trends to relationship advice, our daily newsletter has everything you need to sound like a person who’s on TikTok, even if you aren’t.