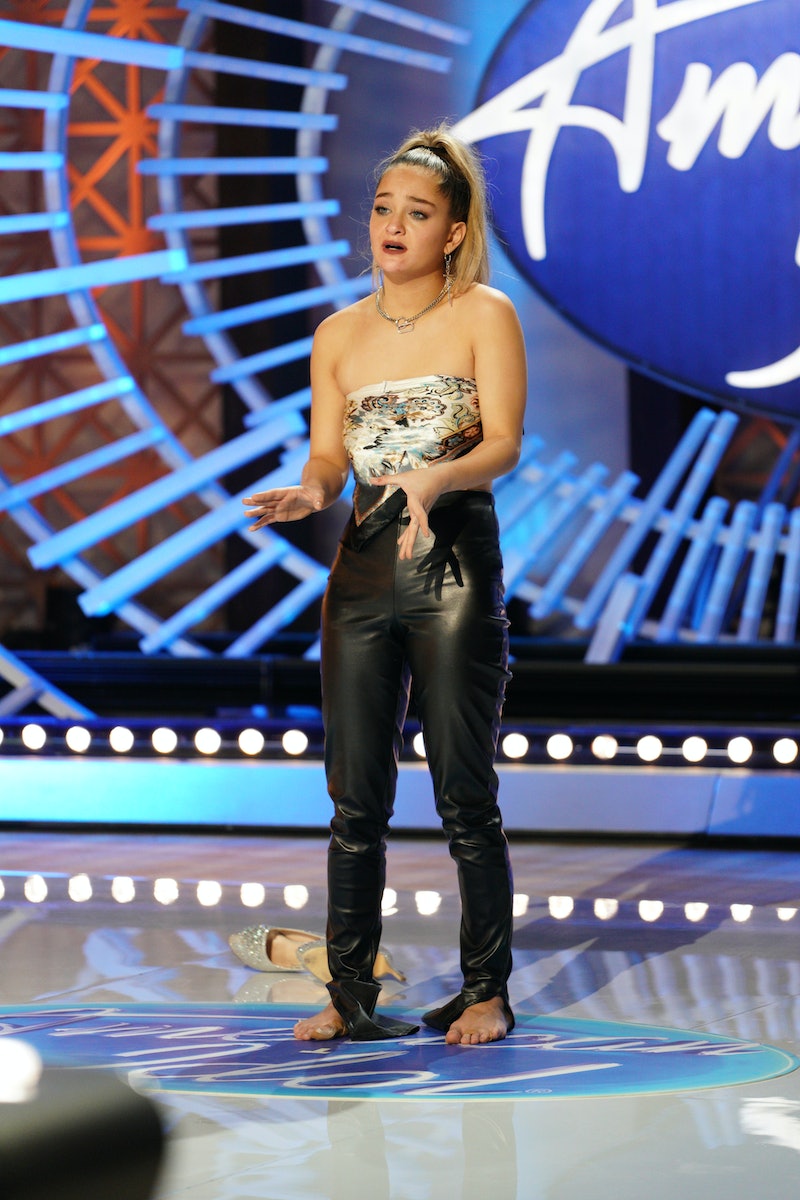 Most people know Claudia Conway because of her parents: former Donald Trump advisor Kellyanne Conway and The Lincoln Project co-founder George Conway. Over the last year, the 16-year-old has gone viral for publicly disavowing their political views and alleging "years of childhood trauma and abuse"; in October, she even announced plans to emancipate herself. (Bustle reached out to both George and Kellyanne about Claudia's claims but did not receive a response.)

But by auditioning for American Idol, Claudia is hoping to show people who she is on her own terms. During the Season 19 premiere, she explained that she "hated" moving to Washington D.C. at 12 years old and has an "iffy" relationship with her parents, but that she loves them, is open to compromise, and does "agree to disagree." (Her dad went with her to the audition and her mom video-called in to wish her good luck).

Through social media, Claudia finally felt like her voice was "being heard." And now she wants to take that a step further. "I kind of want to get out of the controversy, get out of the drama, get out of the political whatever and let people know that I'm a singer," Claudia said.

She started her audition by singing Rihanna's "Love on The Brain" but was stopped by Katy Perry, who could tell her nerves were interfering with her performance. "If you sing like you wanna read the social media comments afterwards, you're only gonna be a TikTok star," Perry said. Claudia then took off her high heels to get a little more comfortable and switched to Adele's "When We Were Young."

The second song went much better, but Perry could tell that Claudia was still anxious. "Before you sing, you need to get off your phone," she urged. "You need to stop reading your comments. Push it aside, because if not, you may not ever rise above your dad or your mom."

When it came time to vote, Luke Bryan said he didn't think Claudia was quite ready to be on Idol, but Katy and Lionel Richie decided to give her a chance. So, at least for now, she's saying "Goodbye" to D.C. and "Hello" to Hollywood.