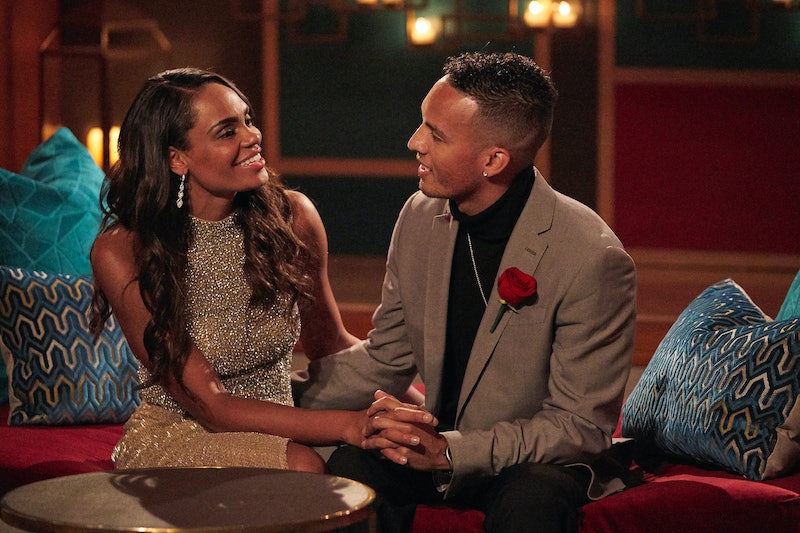 Brandon J. arrived on The Bachelorette with a clear vision of his future with Michelle Young: he rolled up on a bed as way to preview what it would be like to wake up next to each other every day. Since then, the 26-year-old Portland resident has continued to impress Michelle, winning the first group date rose and gushing to the camera that he was falling for the fifth grade teacher. In turn, she admitted that she was starting to “picture a life with” Brandon. And that’s only one of the clues that he could win Michelle’s season.

In the season’s third episode, Brandon again won the group date rose — which is, according to him, the first time a contestant has ever received two back-to-back group date roses on the series. During the same episode, he and Michelle bonded over feeling like the token Black kid growing up and later shared a passionate kiss.

This all means Brandon will likely be sticking around for a while. Though it’s unclear exactly how far he’ll make it on the season, one Redditor claimed he at least makes it to Michelle’s final four. The evidence? On Oct. 22, the Reddit user shared screenshots of texts from a friend’s mom, who worked as a flight attendant on a charter with only four of Michelle’s contestants. Brandon was apparently among the group.

ABC’s sneak peek of Michelle’s season also hints that Brandon could make it all the way to her final two. As reality TV blogger Reality Steve noted, he previously attained photos of Michelle on a jet skiing date in Mexico just two days prior to her final rose ceremony. Although he was initially unable to identify the contestant, the preview of Michelle’s season that aired after her premiere showed Brandon on a beach wearing the same blue swim trunks as the man in the photos.

It’s unclear if that means Brandon will be Michelle’s final pick or her runner-up. What we do know is that he won’t be the next Bachelor, which would essentially confirm that he didn’t win. Though ABC has yet to make an official announcement, it’s been widely reported that the role will go to Brandon’s fellow contestant Clayton Echard, who’s already been spotted filming his season.

Brandon J. and Michelle certainly have plenty in common, including a love of basketball. It remains to be seen if their strong connection will carry through to the end of the show, but they’re off to a promising start.