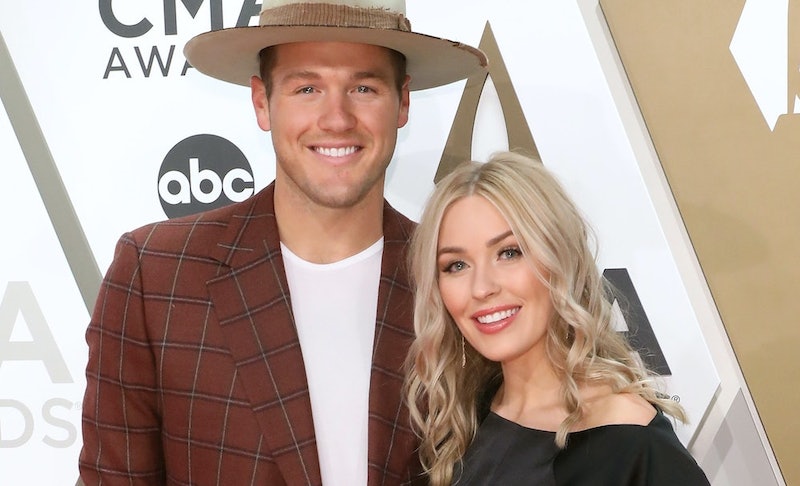 In a new chapter written for his memoir, Bachelor alum Colton Underwood recounted the final days leading up to his split from Cassie Randolph. The former NFL player opened up about the "misfires and miscues" between him and his final rose recipient in his book The First Time: Finding Myself and Looking for Love on Reality TV, which he initially released in March 2020. A paperback version with the new chapter will be out on Jan. 26. In an exclusive excerpt obtained by Us Weekly, Colton chronicled the "uncertainty" that Cassie felt prior to their breakup last May.

According to Colton, the struggles began after his COVID-19 recovery. "After more than a month of being cooped up in her family's home, both of us were feeling overwhelmed and smothered and eager to return to our respective apartments where we could enjoy our own space," he wrote. "Before we left, though, she took me aside and told me she was struggling with everything in our relationship and didn't know what to do. My head spun like one of those characters in a cartoon. What? She was struggling with everything?"

He recounted the "misfires and miscues" that occurred before their split, explaining that he and Cassie "didn't see exactly eye to eye" on some little things. He continued, "Her eyes were full of tears as she tried to explain, struggling to find the right words and reasons that made sense. None did — at least not to me." While things went back to normal over the next few days, things became more uncertain when Colton tried planning for the future.

"When we drove back down to Huntington Beach a few days later, I brought up a project we were planning together and got an unexpected response," Colton wrote. "She said she didn’t know if we should jump into another project together when there was so much uncertainty in our relationship. Uncertainty? That hit me hard. Was there a timer on our relationship? What was going on? Were we together or not together? 'Are we breaking up?' I asked."

The new chapter, reportedly published with Cassie's approval, comes after a tumultuous and highly publicized split. The two met on Colton's 2019 season of The Bachelor before parting ways one year later. While at first declared an amicable decision, Cassie obtained a temporary restraining order against her ex in September 2020, accusing the former Bachelor of harassment and stalking. She dropped the restraining order (and accompanying police investigation) a few months later in November; Colton confirmed to TMZ at the time that they were able to reach a private agreement.

The paperback edition of The First Time: Finding Myself and Looking for Love on Reality TV is out on Tuesday, Jan. 26.