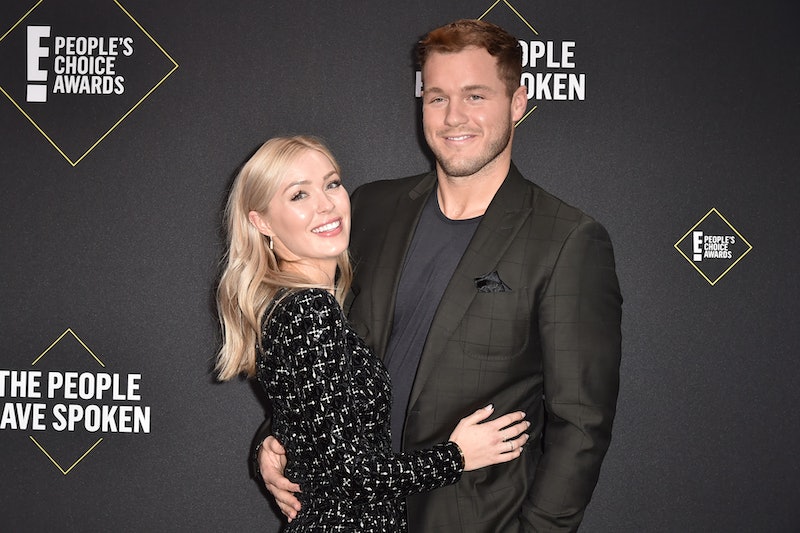 There’s never a dull moment in the world of Bachelor Nation. Cassie Randolph dropped her restraining order and police investigation against ex-boyfriend Colton Underwood, according to a TMZ report published on Nov. 3. Sources told the outlet that she "dismissed the restraining order with prejudice," which means she won't refile it at a later date.

Cassie hasn't released a statement regarding the restraining order or investigation, but Colton spoke to TMZ on Tuesday and said they were able to mend the situation in private. “Today Cassie asked the court to dismiss the temporary restraining order against me,” he revealed. “The two of us were able to reach a private agreement to address any of Cassie’s concerns." The former Bachelor lead added that he does "not believe Cassie did anything wrong in filing for the restraining orders" and believes "she acted in good faith." Colton concluded, "I appreciate everyone’s respect for privacy regarding this matter."

When Cassie obtained the temporary restraining order in September, she filed court documents and alleged Colton had been harassing and stalking her since they split in May. She then filed a police report against her ex at the L.A. County Sheriff's Department in October, claiming that Colton had placed a tracking device on her car.

The two met in 2019 on Season 23 of The Bachelor. Though Cassie broke things off and left the show, Colton continued to pursue a relationship with her. They ultimately ended up together but decided to skip the typical end-of-season engagement. After a little over a year of dating and quarantining together amid the pandemic, Cassie and Colton announced their breakup in May and said they'd remain friendly. Hopefully Cassie dropping the restraining order and police investigation means they've sorted out any remaining issues.