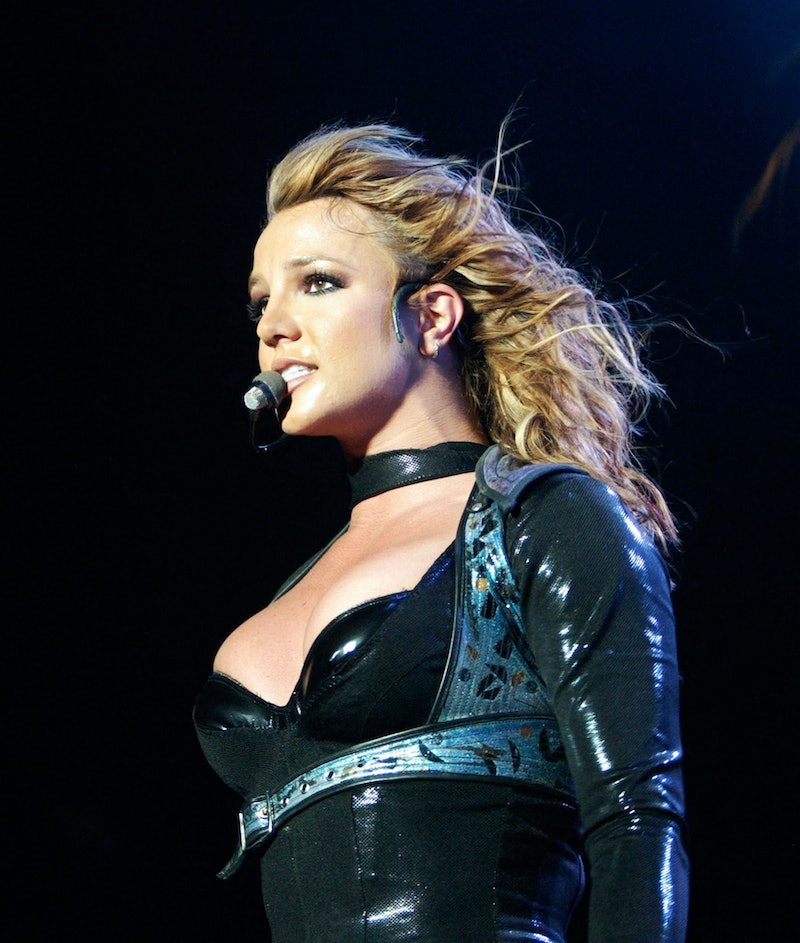 If it seems as though The New York Times’ new Controlling Britney Spears documentary came out of nowhere, that was by design. Following the success of February’s Emmy-nominated Framing Britney Spears investigation, the team had planned the sequel’s release for weeks, according to producer and director Samantha Stark, but did not reveal the date to the public in order to protect sources and until viewers could “see the film in context.” Fans were indeed taken by surprise, but that shock quickly turned into tweets of horror, outrage, sorrow, and more.

The special itself came together quickly. “We put this follow-up to ‘Framing Britney Spears’ together in a matter of weeks,” Stark tweeted on Sept. 24, the same day FX and Hulu premiered the doc. “As people who could expose the inner workings of the conservatorship came forward, we felt it necessary to get the reporting to the public as quickly as possible.”

Controlling Britney Spears provides a deeper look into exactly how Spears’ longstanding conservatorship became what she, in 2016, personally described to a court investigator as “an oppressive and controlling tool against her.” To paint a fuller picture of what went on behind the scenes, filmmakers interviewed several members of Spears’ inner circle who had “intimate knowledge of her life under the conservatorship,” according to an official description.

Naturally, fans immediately took to Twitter to express their emotional reactions to the new information. While one user wrote that Controlling Britney Spears was “even more horrifying and haunting” than its predecessor, another opined that the “devastating” doc made them believe that the Grammy winner “had less rights than an actual prisoner.” Many others also chimed in about how emotionally heavy the viewing experience was, admitting they were left in tears.

You can chalk up the powerful reactions to some of Controlling Britney Spears’ various bombshell revelations, ranging from her handlers denying requests for sushi meals and even a pair of Skechers because they were deemed “too expensive” to allegedly surveilling all of the singer’s private communications.

Among those interviewed in the documentary are Spears’ former assistant Felicia Culotta, who also appeared in Framing Britney Spears, as well as former wardrobe head Tish Yates, promotional tour manager Dan George, and Black Box Security’s Alex Vlasov. The #FreeBritney supporters on Twitter seemed to be in agreement that their intentions were pure, and all should be commended for their bravery in speaking out.

On the flip side, fans turned their ire toward such figures as sister Jamie Lynn Spears, father Jamie Spears, Tri Star Sports and Entertainment Group founder and CEO Lou Taylor, head of security Edan Yemini, and business manager Robin Greenhill, whom one fan wrote seemed to have “this deep hatred towards Britney.”

Several other fans presented a theory that there will be a third New York Times documentary called Freeing Britney Spears. Given that the singer’s next conservatorship court hearing is currently scheduled for Sept. 29, the release date could be sooner, rather than later, too. And we know the team can work fast.

Although the above Twitter user wrote that documentaries such as these are “exploiting her just like the people in the doc” by “making money” off the musician, others had a different opinion after watching it.

Now that Controlling Britney Spears is available to stream on Hulu, many more fans are sure to weigh in with their reactions in the coming days and weeks.