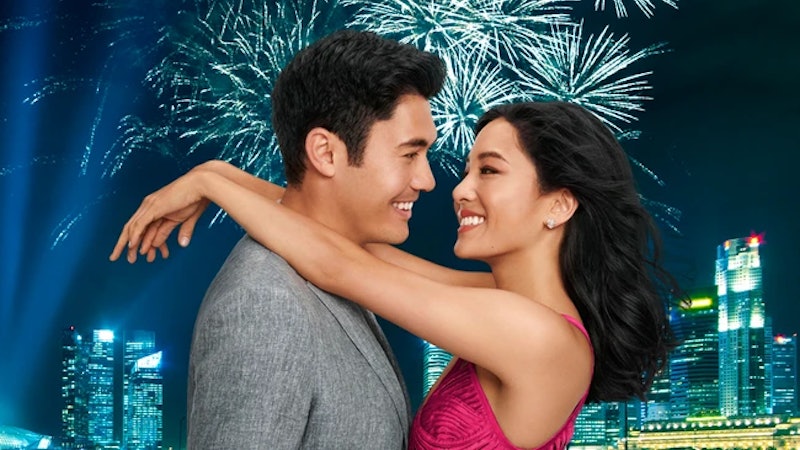 When Crazy Rich Asians debuted in 2018, fans went wild for the adaptation of Kevin Kwan’s extremely successful book series of the same name to the tune of $238.5 million. In the film, Rachel Chu (Constance Wu) travels to Singapore to meet her boyfriend Nick Young’s (Henry Golding) family for the first time, only to find out that he’s from one of the wealthiest families in the country. There’s drama, intrigue, romance, and meddling aunties, resulting in refreshing Asian representation in Hollywood — what more could you want?

Kwan’s trilogy includes two more books — China Rich Girlfriend and Rich People Problems — and the film adaptations have been in development since 2018 following the box office success of the original. But little has been heard since then. In a red carpet interview with E! in 2019, co-star Awkwafina revealed that no scripts for the second film had been produced and that filming had not yet begun. Later that year, it was uncovered that there was a reason for the delay: Warner Brothers declined to pay screenwriters Peter Chiarelli and Adele Lim, who penned the first film, the same salary for their work on the sequel. According to The Hollywood Reporter, Lim was offered a small fraction of Chiarelli’s salary, causing her to walk away from the project.

Chiarelli eventually exited as well and was recently replaced by Chinese-Australian scribe Amy Wang, putting the film back on track. Here’s everything we know so far about Crazy Rich Asians 2.

Kwan’s book is titled China Rich Girlfriend, referencing Rachel’s newfound access to wealth when she reconnects with her long-lost father. At this time, it has not been confirmed whether the film will adopt the same title, though the IMDb page for the sequel uses the book title.

Crazy Rich Asians leaves off with a wedding proposal as Rachel recommits to Nick, who proposed with his mother’s wedding ring as Rachel was boarding a plane back to America. China Rich Girlfriend picks up two years later, and Rachel and Nick are on the precipice of a stateside wedding. That is, until Nick’s mother intervenes and informs Rachel that she found her long-lost father, a wealthy Chinese billionaire. The film is also expected to focus on Nick’s cousin Astrid (Gemma Chan) and her rekindled romance with ex-boyfriend Charlie, played by Glee’s Harry Shum Jr. who appears in a mid-credits scene in Crazy Rich Asians. Kitty Pong (Fiona Xie), who briefly appeared in the first film, will also likely get a significant storyline in Crazy Rich Asians 2 as she marries into an elite family with aims of reinventing herself after years as a soap-opera actress.

Director Jon Chu is returning for the sequel with Wang now in charge of penning the adaptation. Currently, all primary cast members are expected to return, though the story’s expanded universe will need to be filled with fresh faces.

With the recent screenwriting shake-up, it’s likely that the film won’t begin production until the end of 2022 or early 2023, likely putting the trailer drop and release date in 2023 at the earliest.

This post will be updated with the trailer, release date, and additional plot details as more information on China Rich Girlfriend becomes available.

More like this
The 'Scream 6' Trailer Shows Off Hayden Panettiere's Return & Ghostface In NYC
By Jack Irvin and Jake Viswanath
Your Guide To Watching 'Everything Everywhere All At Once' In The UK
By El Hunt and Sophie McEvoy
Rupert Grint Just Shared A *Major* Update About Ron Weasley’s Future
By El Hunt
Jennifer Coolidge Hunted For Jewels & Lashes In J.Lo’s Hotel Room
By Jake Viswanath
Get Even More From Bustle — Sign Up For The Newsletter
From hair trends to relationship advice, our daily newsletter has everything you need to sound like a person who’s on TikTok, even if you aren’t.