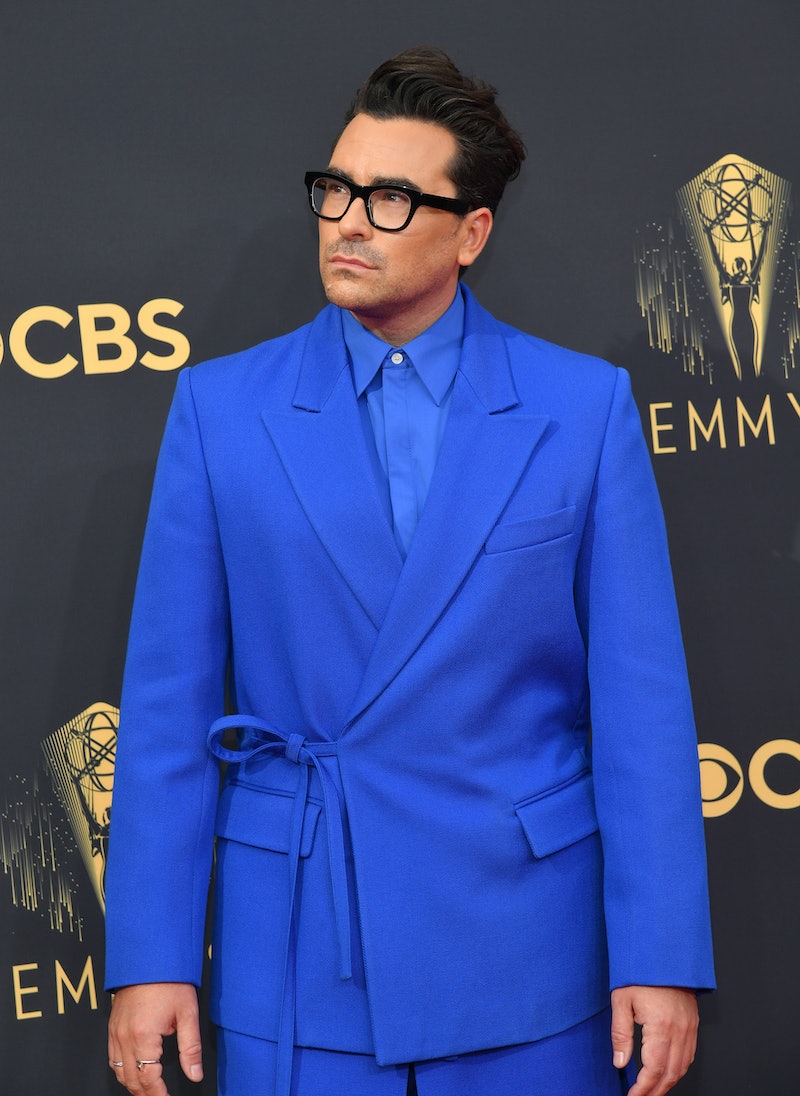 In the hours after five people were killed by a shooter at an LGBTQ nightclub in Colorado Springs, Colorado, Dan Levy shared a heartbreaking message to his Instagram story that called out “daily acts of terrorism.” The Schitt’s Creek creator and star’s post included a headline from Katie Couric and her media company that reported on the tragedy and then added a message about the shooting, which the venue, Club Q, has described as “hate attack.”

The poignant message from Levy, who’s been celebrated for his LGBTQ advocacy in recent years, read:

These lives taken in what should be safe spaces.

These insidious ideas of “freedom”.

These government officials willing these events to continue happening.

These people who believe themselves superior.

These daily acts of terrorism.

Levy’s message ended with the broken heart and rainbow flag emojis, and though there was a lot that was never explicitly said, it added up to a powerful statement. The lives lost so far include five people and another 25 are injured, police said, per CNN. The Colorado Springs Police Department hasn’t designated the shooting a hate crime but is investigating whether to classify it as such.

“Club Q is a safe haven for our LGBTQ citizens,” Police Chief Adrian Vasquez said, per CNN. “Every citizen has a right to feel safe and secure in our city, to go about our beautiful city without fear of being harmed or treated poorly.”

In a statement afterward, Club Q called the shooting a “hate attack.” “Club Q is devastated by the senseless attack on our community,” it read. “Our prays and thoughts are with all the victims and their families and friends.” Club Q went on to “thank the quick reactions of heroic customers that subdued the gunman.”

The suspect, whom police identified as Anderson Lee Aldrich, 22, entered the nightclub shortly before midnight on Saturday, per NBC News. He allegedly began shooting right away and hit numerous patrons before “at least two heroic people,” in the words of Vasquez, managed to physically subdue him. Police arrived within minutes and detained him at 12:02 a.m. on Sunday, and ambulances arrived to treat the victims. Like Club Q, Vasquez thanked those who stopped the attack, saying, “We owe them a great debt of thanks.”

Levy was one of many celebrities who spoke out after the shooting. His fellow Canadian, Simu Liu, wrote in his own Instagram story that he is “standing in solidarity with [his] friends in the LGBTQ community and condemning the terrible acts of hate and murder in Colorado this past night.” Meanwhile, Ellen DeGeneres shared a statement from GLAAD president and CEO Sarah Kate Ellis, which said in part, “You can draw a straight line from the false and vile rhetoric about LGBTQ people spread by extremists and amplified across social media, to the nearly 300 anti-LGBTQ bill introduced this year, to the dozens of attacks on our community like this one.”

Many politicians also showed their support for LGBTQ communities and made it clear that they want the United States to do more as a country. “As we seek justice for this unimaginable act, we must do more to protect the LGBTQ community and stand firm against discrimination and hate in every form,” tweeted U.S. Senator Michael Bennett of Colorado.

More like this
Kit Connor Speaks Out On “Shocking” Lack Of Bisexual Representation
By Sam Ramsden
Kate Middleton & Prince William Were Booed & Mocked On Their U.S. Visit
By Jake Viswanath
Kate Middleton Shares The Key To Building A "Happier Society" In A New Op-Ed
By Stephanie Topacio Long
How Princess Anne Broke The Rules Of Royal Divorce
By Sophie McEvoy
Get Even More From Bustle — Sign Up For The Newsletter