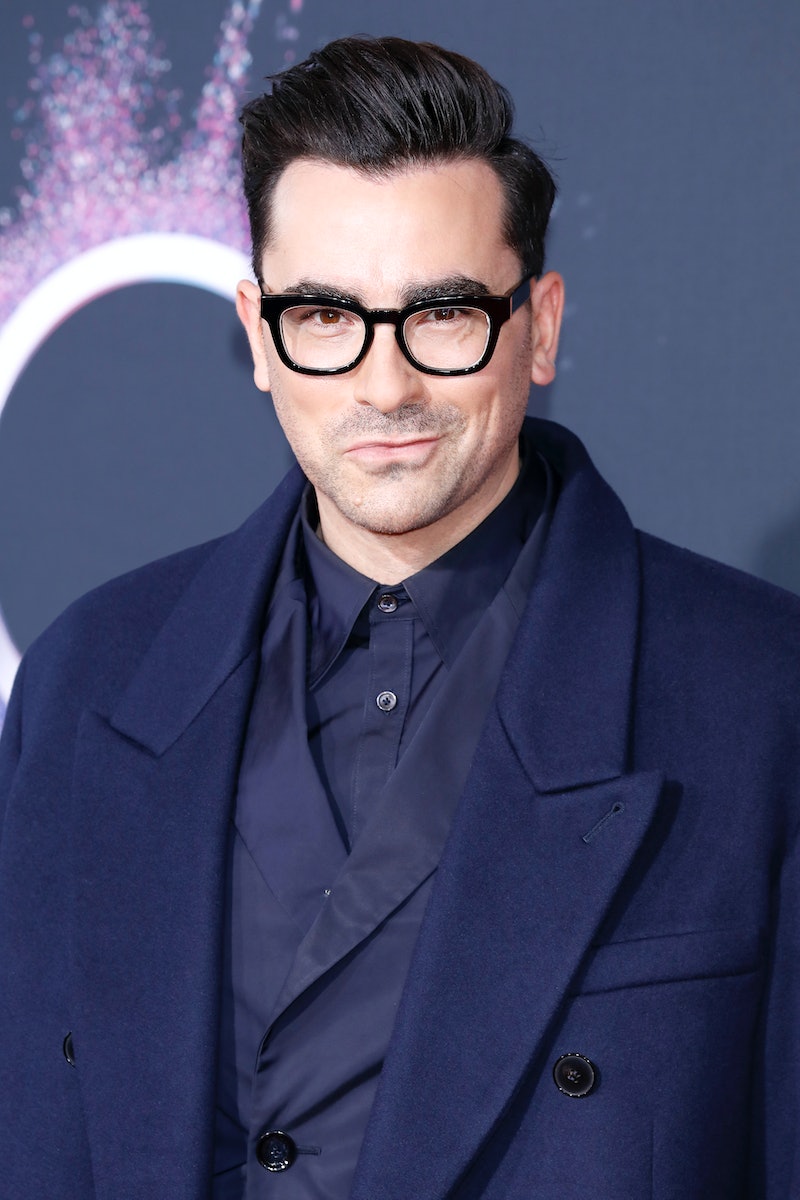 If there’s something Schitt’s Creek fans should know, it’s that star Dan Levy has lived in way more exciting places than the small, dismal town featured on the show. In a March 10 appearance on Jessie Ware’s “Table Manners” podcast, the actor revealed that he lived in London for roughly seven months in the early 2000s while getting over a “tricky” relationship. However, now that he’s back on the opposite side of the pond, one thing feels more apparent than ever: His future soulmate is from England.

“It’s where I’m gonna find love, I just know it in my heart,” Levy said after explaining that he’s had much better luck dating in the U.K. than he has in the U.S. “I had the best time, and I date a lot in England for some reason and I don't date a lot in America, and I don't quite know why, but I know that I have to go back there because that's where I have the most successful dates.”

Apart from figuring out that the love of his life is probably English, the actor got candid about the relationship that inspired him to move to a different country — nay, continent — in the first place. “Part of the reason why I went to London was because this relationship I was in really opened my eyes to the fact that I was not being very kind to myself, as we all can be at times,” Levy explained. “When we let someone sort of take over our heart, we can kind of minimize ourselves at the expense of someone else. I was finding that I’d kind of been left a shell.”

“I was living on Charlotte Street. It was the early days of the internet so I don't even know how I found this place. It was a tiny little apartment on the top floor above a restaurant,” Levy continued. “It was like an eat, pray, love situation, I knew I had to make this choice to be a better person and hopefully find a kind of peace and a kind of confidence in myself that would set me up for a better relationship or a better job, because I could barely talk to people.”

Ultimately, the job stuff didn’t quite pan out as planned. However, Levy’s experience working for the talent agency ICM showed him what he didn’t want in terms of his career. “I knew almost instantly that I was not cut out for agency life,” the 39-year-old revealed. “It is a very specific kind of person that can thrive in that environment and you have to be incredibly strong-willed.”

Knowing what we know about Levy and his beloved onscreen character David Rose, it’s hard to imagine him not thriving in any given environment. But anxiety has been a lifelong struggle for the actor, who told Bustle in December 2020 that he regularly avoids social situations. “Over the past six years ... I really haven't been outside that much,” he said, adding that he thinks his anxiety stemmed from “a deep-rooted fear of knowing that I was gay and not being able to be free.”

Despite his social anxiety, Levy has long been vocal about his desire to find a partner. In 2015, for example, he told Out magazine that while Schitt’s Creek was his priority, he would love to date someone after the series wraps. “I hope that I can find someone when it's all done or when things are a little bit more smooth,” he said. “When the time comes and all the stars are aligned, someone else will come in, and hopefully, we'll call it a day in the love life department.”

More like this
Everything You Need To Know About Kanye's Post-Kardashian Dating Life
By Bustle Editors
Vanessa Hudgens Is Reportedly Engaged To Cole Tucker
By Jake Viswanath
RHOP’s Robyn Dixon Explained Why Juan Paid For Another Woman's Hotel Room
By Brad Witter
Pamela Anderson’s Dating & Marriage History Could Be Its Own TV Series
By Jake Viswanath
Get Even More From Bustle — Sign Up For The Newsletter
From hair trends to relationship advice, our daily newsletter has everything you need to sound like a person who’s on TikTok, even if you aren’t.