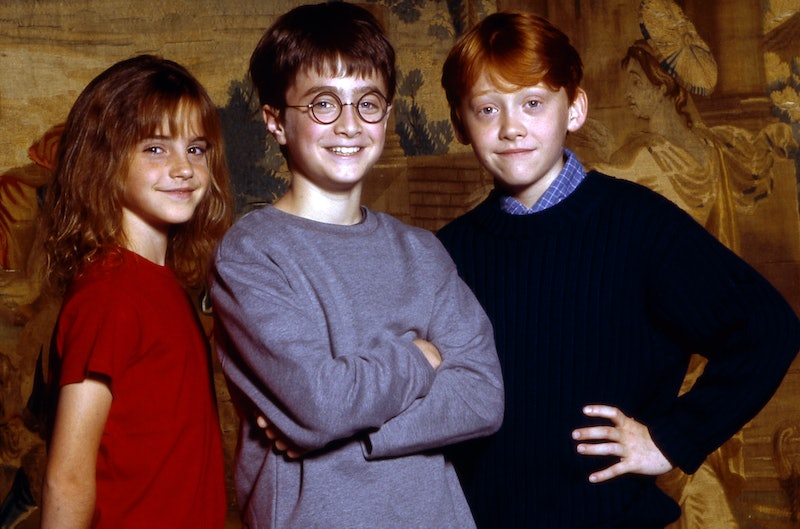 Harry Potter fans will be ringing in the new year with Harry Potter 20th Anniversary: Return to Hogwarts, HBO’s 20th-anniversary special commemorating the release of Harry Potter and the Sorcerer’s Stone. Daniel Radcliffe, Emma Watson, Rupert Grint and other members of the cast gathered at Leavesden Studios to reminisce and reflect on their experiences making the films — which, for Radcliffe, meant telling the story of the day he found out he’d been cast as Harry.

In a new preview for the special, Radcliffe recalls the day he got the part — and the tears he shed when his father told him about it. “I heard the phone ring. My dad went to answer it,” he says. “He came upstairs and stood in the doorway of the bathroom — my mum was there and my dad was facing me … He said ‘you got the part’ or ‘you’re playing Harry’ or something. I’m pretty sure I cried … but I don’t know why!

“Looking back at that, I don’t know what that was, really. They were happy tears. But to acknowledge that almost feels as if I knew on some level how momentous it was, and I really don’t think that I did.”

Radcliffe could hardly have predicted that the part he’d landed would lead to an eight-film franchise that would go on to gross $7.7 billion at the worldwide box office, and remain so beloved that he’d still be talking about it 20 years later.

The Harry Potter brand has not gone untainted in that time, however: In recent years, series author J. K. Rowling’s transphobic public statements have alienated many fans. Radcliffe has publicly expressed support for trans rights and criticized Rowling’s comments; nevertheless, he remains proud of his association with Harry Potter and, as he explains in the special, happy to discuss an experience that shaped his life. “I’ll always be happy to talk about it,” he says. “I think that people expect me not to want to talk about it. But that’s like somebody never talking about their childhood or their teenage years. Every part of my life is connected to Potter.”

More like this
Reese Witherspoon Confirms This Fan Favorite Will Return For 'Legally Blonde 3'
By Jake Viswanath
Alicia Silverstone Revives Her 'Clueless' Character In This Super Bowl Commercial
By Jake Viswanath
12 Years Ago, Austin Butler Manifested His Oscar Nom In This Disney Movie Scene
By Jake Viswanath
Rupert Grint Just Shared A *Major* Update About Ron Weasley’s Future
By El Hunt
Get Even More From Bustle — Sign Up For The Newsletter
From hair trends to relationship advice, our daily newsletter has everything you need to sound like a person who’s on TikTok, even if you aren’t.