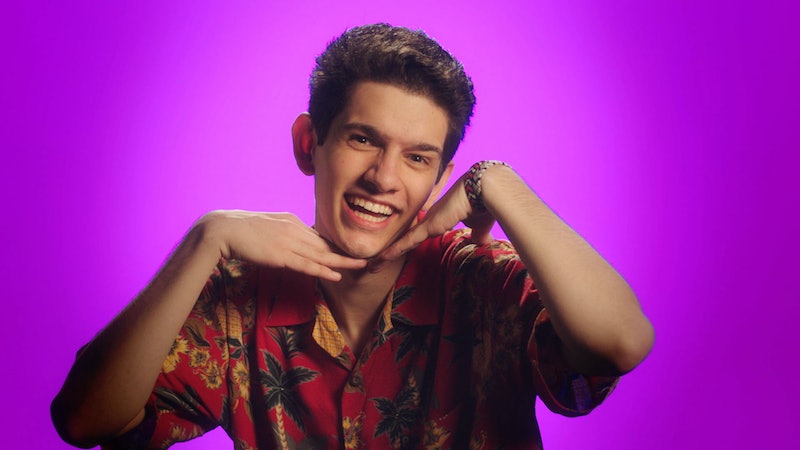 One thing Daniel Cusimano has plenty of? Energy.

When introducing the 20-year-old student on The Circle Season 3, host Michelle Buteau says his vibe is described best as “calorie-burning.” Indeed, the first shot of him is entering into his apartment and screaming — something he apparently loves to do.

How low, exactly, he’ll have to go, we’ll have to watch to see, but here’s everything to know about the Tampa native in the meantime.

Daniel is the king of selfies: most of his Instagram photos are of him alone. But he always delivers on the backdrop: he’s posed everywhere from in front of a Christmas tree and lounging by the pool to mid-air in a helicopter.

Beyond Instagram, Daniel has a TikTok, where he’s posted videos of himself dancing to the Fresh Prince of Bel-Air theme song, comically interviewing his mother, and, of course, doling out commentary about The Circle. If you happen to really take a liking to Daniel, you can request a $20 video from him on Cameo, or book him for a marketing campaign or event for $99. As his Instagram bio says, he’s “booked and busy.”

Daniel Has A Background In Acting

It pays to be convincing on The Circle, and Daniel has had years of practice in that arena, which may give him an advantage in the competition. Growing up in Tampa, he acted in productions including Hello Dolly, Guys and Dolls, Joseph and the Technicolor Dreamcoat, and Aladdin. He’s also received honors for his work, earning an award for outstanding acting for his role in a production of All My Sons. Clearly, we know where his flair for the dramatic comes from.