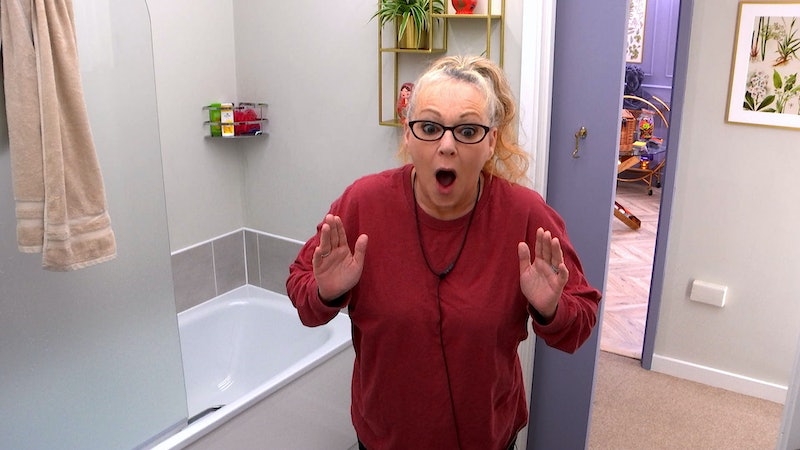 The Circle Season 2 spoilers ahead. Back in May, The Circle Season 2 finale revealed which contestant was truly the most popular and bested the rest of the players, catfishes, the Joker, and persevered through the season’s delightfully unhinged hashtag usage. The finalists included Chloe, Courtney, Trevor (Deleesa), John (Jack and Lisa), and River (Lee). As the last episode approached, suspense mounted when it came to seeing if John would get to take his fake family on vacation, if Lee would get his pool, and if Chloe would freak out when she discovered Trevor is a catfish. Spoilers: No, no, and yes. Season 2 has come and gone, though, which means there’s an opportunity for a new group of deserving and plotting players to secure $100,000. As the socially distanced reality series continues to gain new fans each year, here’s everything we know about Season 3 and when it’ll hit Netflix. #LetsDoThis #GoodbyeSeason2 #ThanksForTheMemories

After Season 1, The Hollywood Reporter confirmed The Circle would return for two more seasons with host Michelle Buteau taking the lead. In March 2020, Netflix’s vice president of nonfiction series and comedy specials, Brandon Riegg, celebrated The Circle’s success and shared:

"It's been incredible to see Netflix members everywhere respond to the raw, authentic stories of real people and real stakes. We pride ourselves on creating a favorite show for any taste, and we're thrilled fans embraced all of these series with such enthusiasm and shared passion. We look forward to sparking more joy for our members."

As viewers saw this year, The Circle Season 2 flipped the script when it came to all the challenges and plot twists. From hosting a mannequin makeup challenge that ultimately exposed Jack as an imposter to Courtney’s messiness as the Joker in the Inner Circle and combining two catfishing brains to create the ultimate player in John, the show crafted new ways to keep everyone hooked. Sadly, there’s currently no telling what challenges producers have in store for Season 3, but Netflix promised there would definitely be more twists and surprises. One can only hope they’ll add more challenges that result in themed solo parties.

The Circle Season 3 Cast And Trailer

Speaking of twists, along with the first trailer drop on Sept. 1, Netflix revealed they took the catfishing aspect of the show to a whole new level. This season, there seems to be a contestant named Michelle who will play as herself. However, someone else in The Circle’s dormitories is catfishing as Michelle, which makes it difficult for the contestants to know who is telling the truth. Courtney’s face says it all:

The Circle Season 3 trailer didn’t reveal much else, but there’s certainly more to find out about the just-announced cast in the coming weeks. Here are the players who will later become known as the #OGCircleFam:

If you’re upset you still haven’t showcased your best hashtags on the streaming platform just yet, there is an active casting call on The Circle’s scouting website, so all hope is not lost. Superfans who think they have what it takes to win the huge pot of cash or are another Ed Eason relative can apply here. The application deadline is currently set for Oct. 2, but that can change at any minute.

The Circle Season 1 premiered on Jan. 1, 2020, and wrapped two weeks later; Season 2 kicked off in April 2021. Luckily for viewers who are looking for new hashtags to adopt, Season 3 is coming before the end of 2021. According to an Aug. 19 Netflix announcement, The Circle Season 3 will premiere on Sept. 8. Season 3 will consist of 13 episodes broken up into four parts that will drop on Wednesdays leading up to the finale on Sept. 29.

If the thought of having to wait for another The Circle season after the September installment is already plaguing your brain, rest assured there are more seasons on the way. Netflix has already greenlit Season 4 and Season 5!

More like this
Julia Haart’s New Company Haart Sphere Still Doesn’t Seem To Exist
By Brad Witter
Everything To Know About The 'Harry & Meghan' Netflix Documentary
By Jake Viswanath and El Hunt
The First Trailer For 'That '90s Show' Includes So Many Nods To The Original Series
By Jack Irvin, Alyssa Lapid and Grace Wehniainen
Are Kayla and Seb From 'Too Hot To Handle' Still Together?
By Karen Fratti
Get Even More From Bustle — Sign Up For The Newsletter

This article was originally published on April 29, 2021