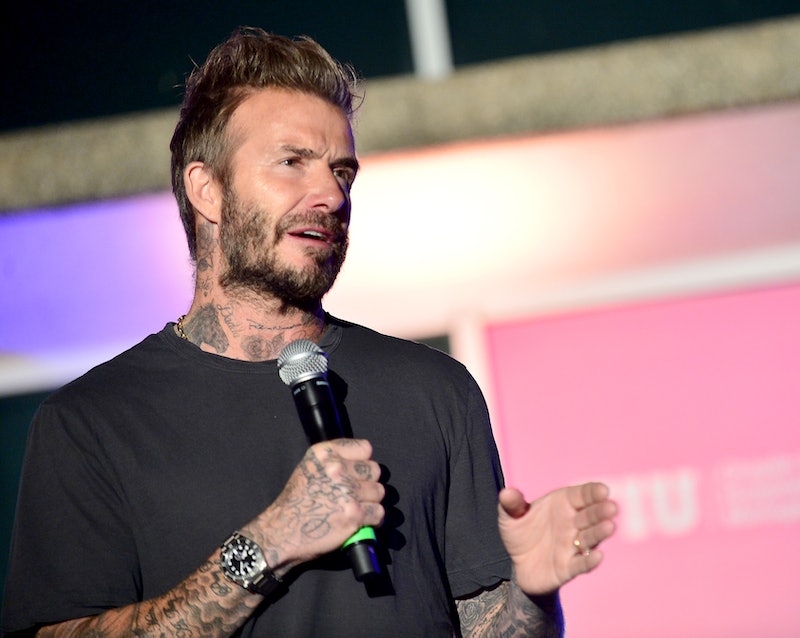 Using his platform to spread awareness about UNICEF’s work in Ukraine, David Beckham handed his Instagram Stories to a doctor working in Kharkiv, one of the country’s most besieged cities. “Today, I’m handing over my social channels to Iryna, the Head of the Regional Perinatal Centre in Kharkiv, Ukraine, where she is helping mothers give birth,” Beckham said on Instagram. Urging his 70+ million followers to “give what you can to support UNICEF and people like Iryna,” he added that thanks to the donations that continue to pour in, “the oxygen generators that they have received are helping newborns survive in appalling conditions.”

Beckham has been a Goodwill Ambassador for UNICEF since 2005, and has travelled across the world to witness the charity’s work. Since supporting the charity, the footballer has “raised awareness and vital funds for urgent — and often hidden — issues affecting children,” as UNICEF notes.

Addressing Beckham’s millions of followers, Iryna posted pictures of a basement where mothers and their young had been sheltering. She captioned the update: “The first days were the most difficult. We had to learn how to work with bombings and strikes.”

She added that the babies in intensive care were unable to be moved to the safety of the basement, as they “rely on life-saving equipment” that cannot be transported. As a result, Iryna has been working at the hospital 24/7, providing care above and below ground. “We are probably risking our lives, but we don’t think about it at all,” she said, adding: “We love our work. Doctors and nurses here, we worry, we cry, but none of us will give up.”

Highlighting one mother’s story in particular, Iryna explained how Yana gave birth to her baby boy, Mykhailo, on the second day of the Russian invasion of Ukraine. He was born with breathing problems, but he’s doing “better now” as Iryna writes. “But his family’s house was destroyed and they can’t go back,” she adds.

Iryna said that UNICEF “has been delivering supplies in Ukraine for years,” adding that they have “good logistics and deliver ready-to-use kits to maternity hospitals.” The oxygen generators provided to the babies in the basement were also donated by the charity.

Here’s how you can stand in solidarity with and support Ukraine right now.