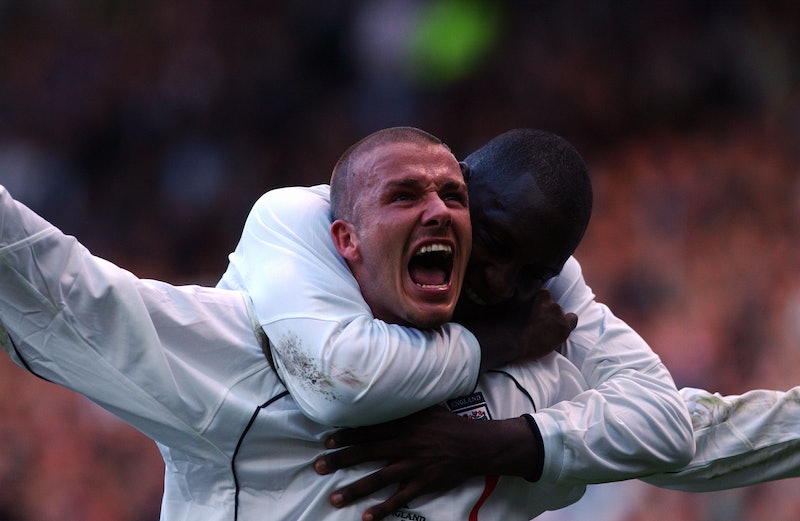 David Beckham has taken fans down memory lane in an emotional Instagram post reacting to his goal which saw England go through to the 2002 World Cup Finals.

In the caption to his video, Beckham wrote, “20 years ago today and my first time listening to this commentary... To represent my country, to Captain my country, to score a goal for the fans, and to do it all at Old Trafford….. @england”

Beckham doesn’t hold back on how powerful this moment was for him – and for good reason. You can see the raw emotion in his eyes. Beckham melted hearts as he broke out into an adorable grin hearing the commentator announce his legendary winning goal to a stadium of roaring fans.

His 68.8 million followers were clearly just as moved reliving the moment, with the post stacking up over 3 million views and 1 million likes already. Don’t be surprised if you find yourself misty-eyed as you watch, Beckham’s joy is absolutely contagious.

The England Football Instagram commented with a heart and lion emoji whilst fans and athletes alike flocked to give their own reaction. Danny Simpson, footballer with Bristol City commented “Boss” with a fire emoji and James Maddison, Leicester City footballer, simply commented a goat emoji, likely referring to the acronym Greatest Of All Time (GOAT).

The comments were filled with nostalgia as people remembered the goosebump-inducing moment and shared their continued love for Beckham 20 years on. This is not the first time Beckham has reminisced on his shining football career. In a video posted on September 5, Beckham shared a montage of his football highlights on the anniversary of his debut 25 years earlier.

His caption sums it up best. “So many unbelievable memories, thanks to all the fans and my family that supported me along the way.”

More like this
Twitter Is Having A Field Day Over Mr Blobby’s Costume Selling For £62k
By Catharina Cheung
Here’s How You Can Watch The Grammys 2023 In The UK
By Emma Madden and Catharina Cheung
Blake Lively Is Trolling Ryan Reynolds Again – Over Wrexham FC
By Sam Ramsden
Twitter Has Renamed Ekin-Su After *That* 'Dancing On Ice' Performance
By Sophie McEvoy
Get The Very Best Of Bustle/UK
Sign up for Bustle UK's twice-weekly newsletter, featuring the latest must-watch TV, moving personal stories, and expert advice on the hottest viral buys.