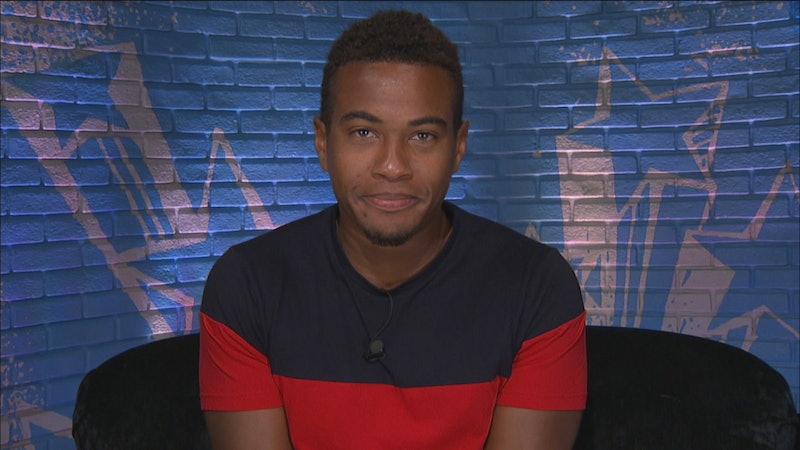 It would be an understatement to say that Big Brother All-Stars houseguest David Alexander was in over his head. This is quite literally his first time playing the game since he was evicted first on Big Brother 21. Meanwhile, some of the other contestants have played this game four times and many have won or made it to second place. As David tries to just figure out how a season works, he's made a lot of mistakes that have everyone inside and outside the house a little peeved with the rookie. Even the person running David's Twitter account while he's on Big Brother understands why people are upset, and has been gently dunking on David's gameplay along with everyone else.

Because BB houseguests are locked away from their phones, it's common for them to entrust their social media presence to a friend or family member while they're in the house. We don't know who is running David's account, but whoever it is, they're hilarious. Pretty much no fan is Team David, but one Twitter user summed things up for fans by tweeting, "I’m Team whoever is running this account."

The account handler has been tweeting David-related WAP memes, telling Siri to play "clown music" when David makes game suggestions, and joking about his comp potential. It's helping alleviate some of the stress that David is bringing in the game as he accidentally sabotages his own strategies and those of his friends.

One of the Twitter account's best responses to David's rookie gameplay was when they formally apologized on behalf of David and offered upset fans little drawings to make up for things.

Fans got to make requests for what drawings they wanted (Janelle being a queen, Enzo being confused about the bidet, Nicole F. and her super high bun, etc.) Here is one of what it's like to be running David's account right now when he's doing such a poor job in the game:

The person running the account has a great sense of humor, even calling on some famous faces to help David out. When Karamo Brown from Queer Eye tweeted about David's gameplay, David's Twitter asked for Karamo's help. We would 100% watch this spinoff.

If by some miracle David does have any stans out there, they should know it's all in good fun. "We know David well and know that any jokes at his expense are fine because it is easy to wipe away tears with his eventual $500k," the Twitter account wrote. David winning the game is a real long shot, but he's definitely winning best Twitter presence right now.