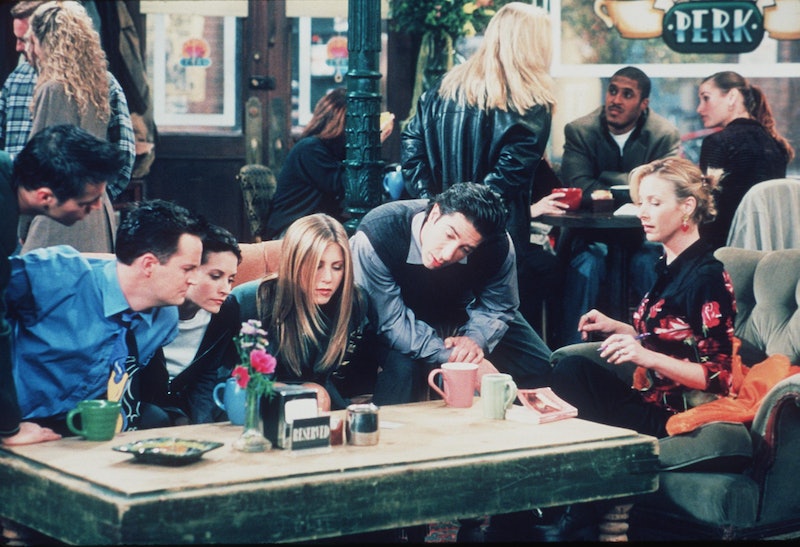 Coming through for fans once again, David Schwimmer unveiled more details about the Friends reunion. The actor appeared virtually on The Graham Norton Show on Friday, April 2, and during his interview, he let viewers know he’d soon be filming the long-awaited HBO Max special. Explaining that he had a flight to Los Angeles that afternoon, he told the host, “We’re going to be shooting the Friends reunion next week,” adding that it was going to be his first time seeing all of his former castmates “in many years.”

Schwimmer echoed information that his co-star Lisa Kudrow shared in January, clarifying that “there’s nothing scripted” in the reunion and it won’t involve the stars reprising their roles. (He starred in the series as Ross Gellar, alongside Kudrow as Phoebe Buffay, Jennifer Aniston as Rachel Green, Courteney Cox as Monica Gellar, Matt LeBlanc as Joey Tribbiani, and Matthew Perry as Chandler Bing.) That said, there is a surprise in store in which they “read something,” Schwimmer added, but he wouldn’t go into specifics to avoid spoiling anything.

The special was announced by HBO Max in February 2020, and it was supposed to air that May. Of course, the world was upended by the coronavirus pandemic not long thereafter, so the plans had to be adjusted. Filming was later rescheduled for March 2021, as Perry tweeted in November, but that date, too, had to be moved. The ongoing issue they’ve struggled with has been trying to safely shoot with a live studio audience, as Aniston told Deadline in August. However, they “figured out a way to film it,” according to Schwimmer in a March interview with SiriusXM’s Radio Andy.

Despite all the delays, Schwimmer admitted that he still hasn’t gone back to rewatch the series. “I haven’t been able to bring myself to catch up on the 236 episodes,” he told Norton. But that isn’t for a lack of enthusiasm about the reunion. He told E! News in July that it “is going to be a really meaningful experience,” noting that they’ll be back “on the actual sound stage on the actual set for the first time in 10 years.” He also highlighted that he’s “most looking forward to … just being in the room with those other five actors.”

The sitcom’s six stars had an impressive 10-season run together, starting in September 1994 and going until May 2004. In that time, Friends racked up 62 Primetime Emmy Awards nominations, including a win in the outstanding comedy series category. Its popularity among viewers was enormous then, and fans’ enjoyment hasn’t waned in the years since. They took advantage of being able to stream it for the years it was on Netflix and loudly lamented its move off the streamer and over to HBO Max.

With all the delays, the fact that the Friends reunion is finally happening is all the more exciting. The premiere date still hasn’t been unveiled, but fans will be there for them when the time comes.