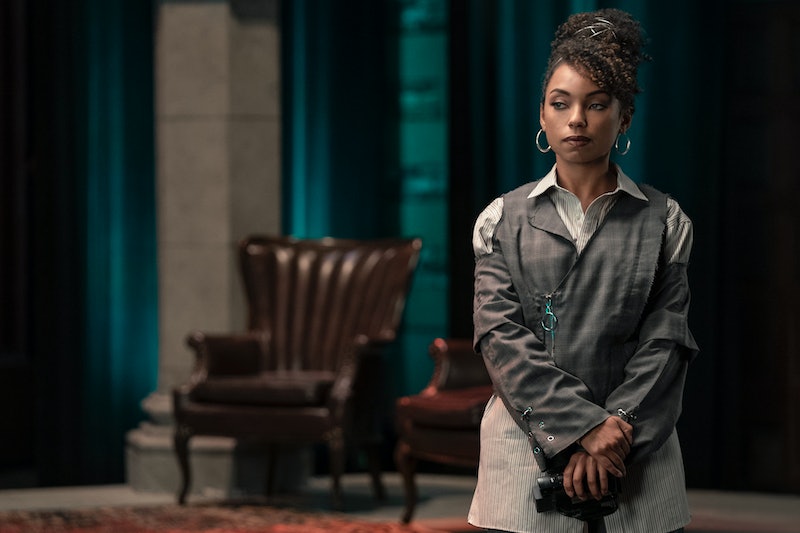 Performance is central to the final season of Dear White People, and not only because it’s a musical. The season takes place in the not-too-distant future, as the students of Winchester assemble to reminisce over their senior year and reflect on their artistic accomplishments since graduation. But in the final moments of the series, Lionel (DeRon Horton) asks his friends a pointed question: “Remember when we weren’t doing this for the publishers and the networks?”

This feeds into the broader message of the final season, which implores viewers to resist sanitizing any part of themselves for a world that does not appreciate them exactly as they are. It rests on the fact that Black people have often been forced to censor their experiences and art in order to appeal to broader — and whiter — audiences. Reggie (Marque Richardson) is told that his app, New Green Book, isn’t inclusive enough — despite that it was made for the express purpose of protecting Black people from dangerous areas. Lionel and Troy (Brandon P. Bell) are told that, as directors of the senior showcase, their planned ending of a live protest is too incendiary. Lionel is also told to cut a sequence that includes a Black sex worker because it would be “too controversial.” Even Sam (Logan Browning) and Lionel struggle to find the line: as a gay Black man, he’s long been made to shrink himself to be more palatable, and he’s apprehensive about being the focus of her documentary even as she tries to coax him to let out his authentic self.

Black art, as pointed out in the finale, always runs the risk of being picked at and restricted in order to be made and acknowledged. Black entertainers, storytellers, and performers have to move through the world cognizant of the fact that their experiences are often deemed too raw to translate. Dear White People interrogates what purpose that serves: at what point does watering down one’s message, struggle, or triumph result in it being washed away entirely?

By the time we reach the show’s closing moments, we have a joyous yet somber moment of reflection. Sam, Lionel, Reggie, Troy, Joelle (Ashley Blaine Featherson), Coco (Antoinette Robertson) and the rest of the gang are navigating the world as artists, writers, filmmakers, and creatives. But when Lionel asks the fated question — “Remember when we weren’t doing this for the publishers and the networks?” — it harkens back to a time when their art wasn’t beholden to the approval of a mass audience, when they expressed themselves for the sake of expression. The series ends in a room full of people who have spent four seasons — and an unknowable number of fictional years — feeding their burning passions and unabashedly advocating for themselves only to lament that they’ve had to sometimes compromise that for their success.

As the series closes, the group breaks into a rendition of “Together All The Way,” an original track written for the series. They sing about the journey they’ve been on and, well, their togetherness along the way, indicating that though they’re aware they’ve had to sand down their edges since college, they’ve supported each other through it — which is itself one of the truest depictions of the Black experience that Dear White People could put onscreen.