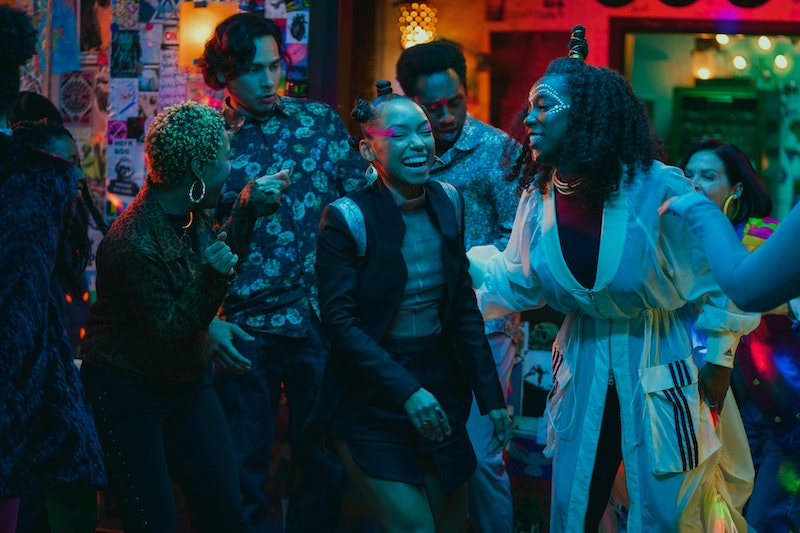 After four seasons, Dear White People is going out on a high note — literally. Premiering on Sept. 22, the fourth and final season of the Netflix dramedy will be a musical following the students of Winchester University as they move through and reflect on their senior year via song. “It felt like the perfect way to distill the metaphor of having to put on a show as a person of color, of having to sort of tap dance for people, of finding a way to express what's really inside,” series creator Justin Simien told Insider of the choice, adding that they’d been interested in doing a musical since the first season “because the show always breaks into the surreality of someone's imagination.”

Though Season 4 marks the series’ last, Dear White People is going out on its own terms, and Simien has said that he’s “absolutely” open to spinoff ideas. The show itself is based on his 2014 movie of the same name, so it wouldn’t be the first time the story has branched off into new narratives. However, if Dear White People were to continue in some capacity, he seems interested in passing the torch to someone else. “I think that the format and the show structure that we created with Dear White People is something that even younger, more radical voices could step into and tell their own stories,” Simien told Deadline. “Winchester, at least if I had my way, would live on as an institution that could continue to be a stage for these conversations. But as an artist I’m eager to also move on from my personal college experiences and tell other kinds of stories.”

Dear White People star Logan Browning is equally ready to close this particular chapter. "Being on set with my cast, celebrating that it's our last season, and being able to tell these great stories, using our art as our activism, and continuing to uplift the community through that platform, I think is the perfect sendoff,” she told PopSugar of filming the final season in 2020. "It's been a long journey together and it's just a commencement for everyone to go on and do more great things."

Although fans will have to say goodbye to Winchester University, they can do so knowing that the series was able to accomplish all that it set out to do. Both artistically and narratively, Dear White People was able to delve into necessary and nuanced conversations about race and Blackness, and will continue to do so until its final credits roll: Browning told PopSugar the fourth season is an many ways an ode to the fact that “we are in a Black Renaissance” and is “just Blacker than ever, honestly."