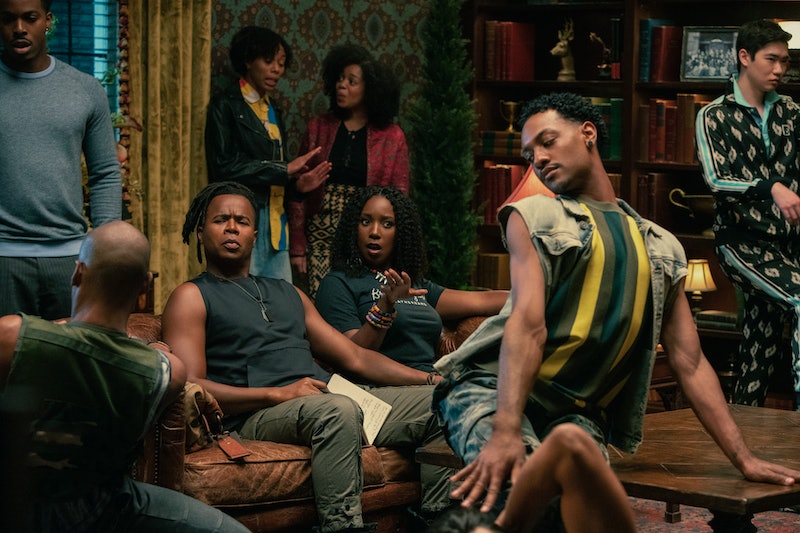 For Dear White People’s fourth and final season, series creator Justin Simien wanted to do something special. “We found out that the show was coming back and that it was ending all in the same moment, and so I wanted [to do] something that was going to feel worthy of an ending,” he told TV line. “It was like, ‘Well, you know, make an event of the end of Dear White People.”

The result is a musical season imbued with songs from the ‘90s performed by the cast as the close out their final year at Winchester University. The soundtrack was composed by Kris Bowers, whose impressive resume spans work on shows including Bridgerton, Black Monday, and Mrs. America in addition to movies like Green Book, The United States Vs Billie Holiday, and Ava Duvernay’s When They See Us.

“I was immediately excited,” Bowers said in a press release of coming on board. “Not only because of the nostalgia I have for this era of music and how much I enjoyed the process of recreating it; but having gotten to know some of the cast over the years, I knew we’d have strong vocalists and performers to make this all come alive.”

In addition to a selection of tracks that speak to the revolutionary R&B and hip-hop released by Black artists in the ‘90s, Bowers composed an original song, “Together All The Way,” alongside Grammy-winning singer-songwriter Siedah Garrett (Madonna, The Pointer Sisters). “‘Together All the Way’ brought our series to a close in a beautiful and emotional way,” Bowers said in the release.

The music does more than just help to close out the show with a bang, though; it’s also symbolic of the Black experience in a way that feels right for a story that has always aimed to capture and embody Blackness. “It felt like the perfect way to distill the metaphor of having to put on a show as a person of color, of having to sort of tap dance for people, of finding a way to express what's really inside,” Simien told Insider in September.

Read on for a full tracklist from Dear White People: Volume 4, which you can listen to here.