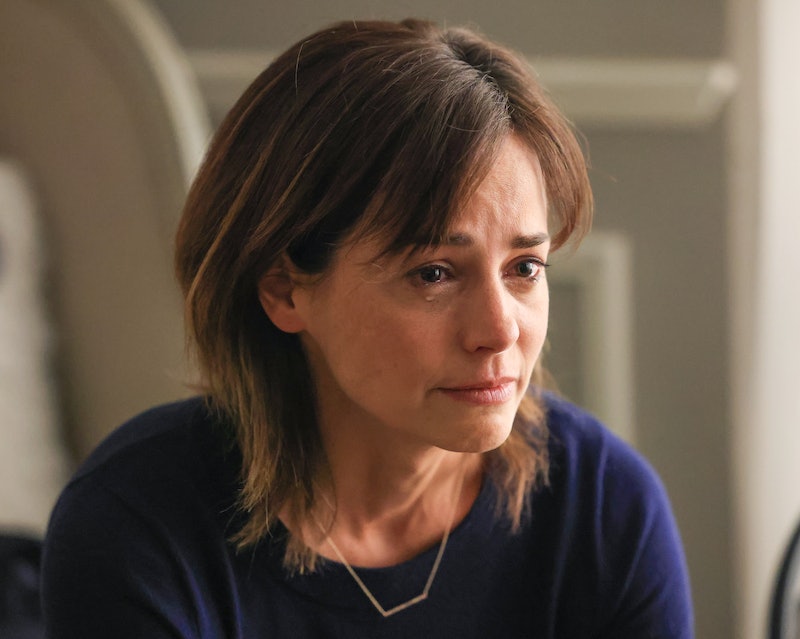 After spending months stranded in Paris while caring for her ailing father, Delilah is finally coming home on A Million Little Things. But her return won’t necessarily be one big, happy reunion.

Since Delilah left town, a lot has changed back in Boston. Her children are older, her daughter Sophie experienced a traumatic sexual assault, and the world is in the midst of a pandemic. It’s also been over a year since her husband Jon died by suicide, but the effect of his death is still very present, and it makes for an emotional homecoming.

In an exclusive clip from the upcoming Season 3 finale streaming below, Delilah is in the car on her way home when she has a memory of when she and Jon first moved into their house together. At the time, they were full of hope and excitement about their future. The house is still a place of happiness for Delilah — after all, it’s where she lives with her three children — but she clearly has some complicated feelings about coming back to it after being away for so long.

The rest of the episode appears to remain tense, as the press photos show Delilah arguing with her children Danny and Sophie about something. In another press photo, Delilah is seen crying.

We don’t yet know what Danny may be yelling at his mom about or why Sophie looks so upset, but the two-hour finale will assumedly fill in the blanks. The episode synopsis teases a lot of drama within the rest of the friend group, too. “Sophie seeks justice for her trauma, and Maggie forces Gary to take a hard look at himself and his relationships,” it reads. “Meanwhile, Eddie goes to extreme measures to fight for his family, and Rome and Regina make big changes for their future.”

Series creator DJ Nash has already promised that Season 3 will end with an even bigger cliffhanger than last season’s, when Eddie got hit by a car. So fans better prepare themselves now; it’s going to be a doozy.