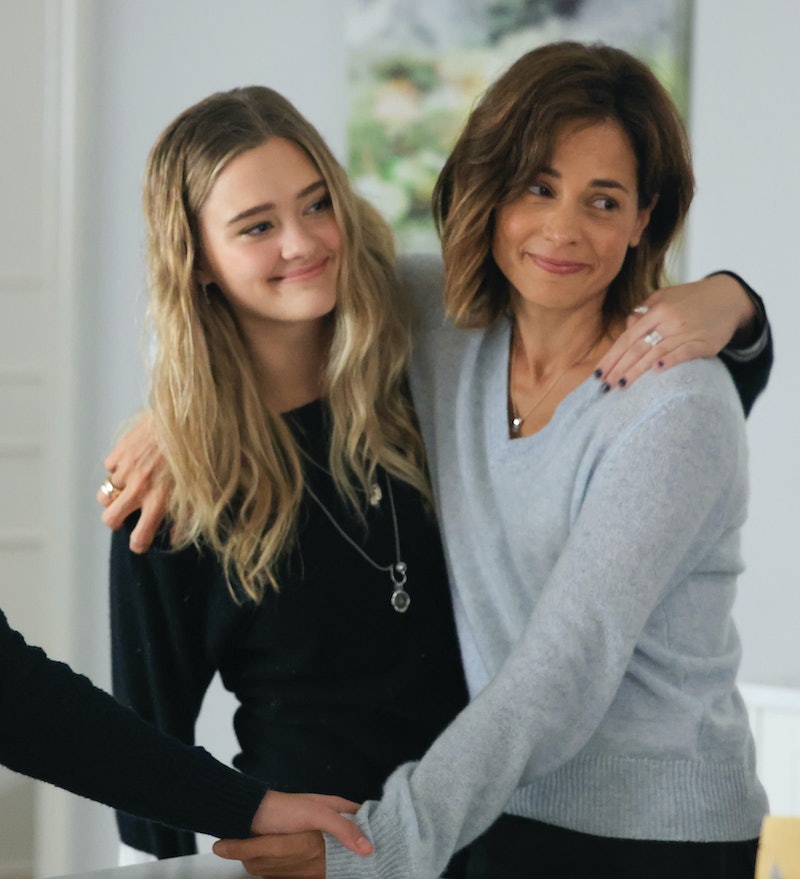 Content warning: This post contains discussion of sexual assault. In the April 14 episode, viewers learn exactly what happened between Sophie and her music teacher Peter on A Million Little Things. It all started when Peter told Sophie to perform in her bathing suit, which he claimed was to help her feel less nervous during her audition. He also recorded her so that she could “see her progress,” filming her dancing around in the swimsuit, and later started making comments about how “sexy” and mature she was. (Based on the timeline of the show, Sophie seems to be around 17).

This is a clear-cut example of grooming, in which an abuser methodically builds trust with their victims in order to break down their defenses. Afterward, they’ll begin subtly overstepping boundaries in order to desensitize their target until finally escalating the relationship in a sexual way. In Sophie’s case, Peter masturbated in front of her without her consent.

This left Sophie feeling awkward and uncomfortable. She also experienced feelings of self-blame — which is common in sexual assault cases — thinking that she’d done something to invite Peter’s predatory attention. Maggie and Regina tried to explain to Sophie that she was in no way responsible for Peter’s actions, but it seems like Sophie is still feeling guilty. When she called her mom at the end of the episode to explain, she prefaced the conversation with an apology.

Viewers didn’t get to see how Delilah reacted to Sophie’s news, but she’ll undoubtedly be upset to hear about what Peter did to her daughter. Making matters worse, she can’t exactly just fly home from France — where she’s been for most of the season — to support her. Not only are travel restrictions still in place due to coronavirus, but Delilah is torn between her children and her ailing father, who she went there to care for in the first place. In future episodes, what Delilah wants to do and what she can do will be tested.

“Like many people who are caught between taking care of their kids and their older parents who now need them, Delilah now finds herself in this situation during the worst possible time,” series creator DJ Nash hinted to TV Line. “She needs to be in France to be near her father, who has dementia, but she also wants to be near her kids, who as we’ll see are going through so much.”

Nash hasn’t yet confirmed when Delilah will return, and she isn’t mentioned in the synopses for the next two episodes. Meanwhile at home, Sophie will continue to struggle with what happened. “Despite her trauma, Sophie goes through with her music school audition but quickly realizes she is struggling to move forward,” the synopsis for the April 22 episode reads.

Fortunately, Sophie still has a strong support system around her. Gary and his girlfriend Darcy have continued to live in Delilah’s home to care for the kids, and Sophie can also turn to Maggie, Regina, Katherine, and Rome. But when her mom does finally come back from France, it’s sure to be an emotional reunion.

More like this
Wait, Is Barney Stinson Related To Sophie On 'HIMYF'?
By Gretchen Smail
Shonda Rhimes Responded To The Surprise Exit Of A Day 1 'Grey's Anatomy' Figure
By Grace Wehniainen
Everything To Know About A Potential 'Lockwood & Co.' Season 2
By Gretchen Smail
This 'Gossip Girl' Wardrobe Error Has Gone Viral On TikTok
By Alyssa Lapid
Get Even More From Bustle — Sign Up For The Newsletter
From hair trends to relationship advice, our daily newsletter has everything you need to sound like a person who’s on TikTok, even if you aren’t.