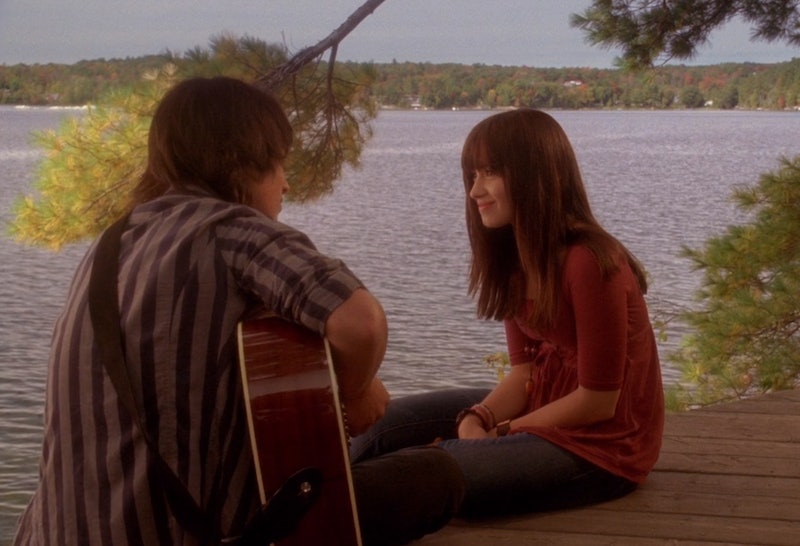 Here’s a dose of Disney Channel nostalgia: Demi Lovato rewatched Camp Rock, one of her earlier film roles, and documented the entire ordeal with hilarious commentary on Instagram Story. The “Sorry Not Sorry” singer revisited her role as Mitchie Torres from the 2008 musical drama on July 11 with boyfriend Max Ehrich — and she simply could not contain her fits of laughter as she reveled at how “awkward” she was in the film. In one Story, Lovato even likened her younger self to her sister Madison De La Garza, observing that De La Garza is all she sees now when she watches the film.

Lovato began her rewatch with a climactic confrontation scene that also featured her co-star Alyson Stoner. After fits of laughter and several usages of the cry-laugh emoji, the singer lamented the “amount of awkward f*cking things” she did in the film. Lovato ended her rewatch with a clip of her character’s performance of “Our Time is Here” alongside Stoner, Aaryn Doyle, and Meaghan Martin, and called it the “most underrated song” of the film. (Ehrich said in the background, “This is the bomb.”) Lovato wrote of the song, “This sh*t slaps not gonna lie.”

Directed by Matthew Diamond, Camp Rock debuted as a Disney Channel Original Movie and followed Lovato as an aspiring teen singer who gets discovered by a pop star at summer camp. The film, which hailed from the creators of High School Musical, also starred Joe, Nick, and Kevin Jonas, of the Jonas Brothers fame. Lovato and the brothers reprised their roles for the 2010 sequel, Camp Rock 2: The Final Jam. The first film preceded Lovato’s role in the Disney Channel series Sonny With a Chance.

Post-Disney, the Grammy-nominated singer has gone on to focus more on music. In March, Lovato released “I Love Me,” a single from her upcoming seventh studio album, and an accompanying music video that touched on all facets of her life and career: her overdose, previous engagement, and yes, even her Camp Rock days. In the music video, Lovato looks fondly as she walks by a young woman who resembles her character, Mitchie, and three young men who resemble the Jonas Brothers’ fictional film band, Connect 3. Later, she walks by three men in metallic suits reminiscent of the ones the brothers wear in their “What A Man Gotta Do” music video.

Between "I Love Me" and the Camp Rock rewatch, Lovato's career has come full circle.

More like this
Olivia Rodrigo Manifested Finally Meeting Demi Lovato
By Jake Viswanath
Reese Witherspoon Confirms This Fan Favorite Will Return For 'Legally Blonde 3'
By Jake Viswanath
Taylor Lautner Copped To Finding Jacob "A Little Annoying" In Twilight
By Stephanie Topacio Long
James Cameron May Come To Regret His 'Titanic' Door Experiment
By Stephanie Topacio Long
Get Even More From Bustle — Sign Up For The Newsletter
From hair trends to relationship advice, our daily newsletter has everything you need to sound like a person who’s on TikTok, even if you aren’t.